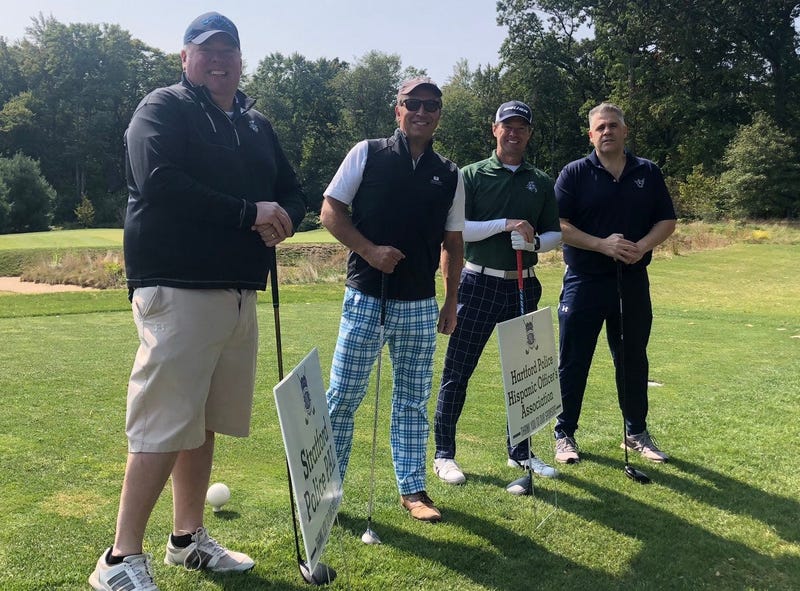 Ok, Dennis House — what are you up to?

Yesterday, while perusing my Twitter feed, I stumbled across this gem from retired Hartford Deputy Police Chief, Lt. Brian Foley claiming Dennis House was entering the police academy in January.

BREAKING CT NEWS:
Dennis House the next chapter!!
Now: He is with Colonel Mellekas, of the Connecticut State Police, at the @HartfordPal Golf Tourn !!!!
Dennis to enter police academy in January. @CT_STATE_POLICE

Wait, WHAT?! Yep, I totally fell for it. I mean, Lt. Foley even tagged the Connecticut State Police in his Tweet, making it more believable. Plus, why would a police officer make that up?! DAMN IT, I needed to investigate.

Then Foley tweeted again. This time, Dennis was thinking of joining the Yard Goats to play 2nd base.

BREAKING CT NEWS:
Dennis House the next chapter!!
Now: He is with @timrexx Restall at the @HartfordPal Golf Tourn negotiating contract to play 2nd Base for the Hartford @GoYardGoats !!!!

And that's when I realized I'd been had. It was all for charity, and a good one at that — the Hartford Police Athletic League.

Salt and I decided we needed to find out if there was even an inkling of a chance our friend Dennis might consider becoming a police officer. Lt. Foley said Dennis is in great shape and meets the age requirements. However, we're not sure the academy would accept a guy who wears plaid pajamas to play golf.

For the record, Dennis House told me he's NOT headed to the police academy, but he did NOT confirm or deny the Yard Goats rumor!

With an endorsement like this, how could any team pass up signing @DennisHouseTV??

Check out the full Lt. Brian Foley interview with Christine and Salt below.