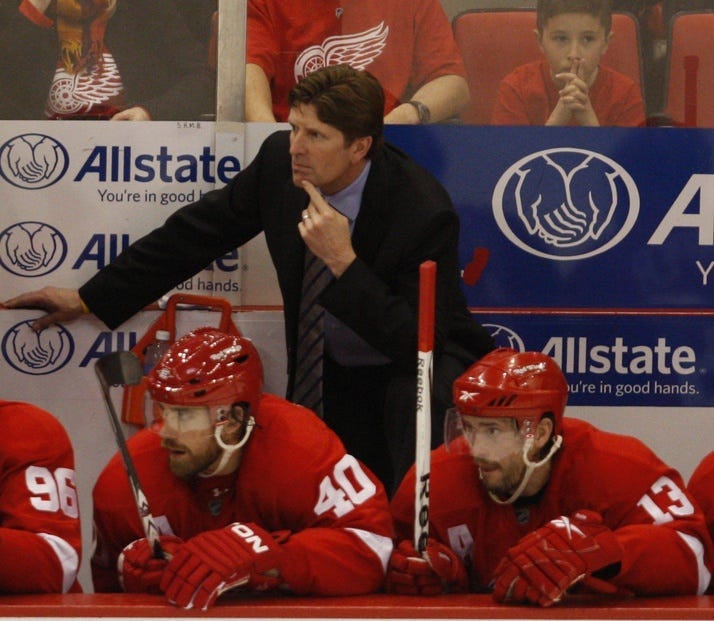 The truth about Mike Babcock continues to spill out in the wake of his firing last week by the Maple Leafs.

The latest former player to share his story is Carlo Colaiacovo, who played for Babcock and the Red Wings in 2013.

On his radio show First Up with Landsberg and Colaiacovo on TSN 1050, Colaiacovo confirmed what was widely suspected toward the end of Babcock's tenure in Detroit -- that the veterans wanted him out, even as the team was winning.

"If you talk to a lot of players who played for Mike Babcock, they will all share the same sentiment: good coach, but very, very questionable about the things he does to certain people," Colaiacovo said. "I’m not going to go out on a limb and say he’s a bad guy because that’s not my place -- I only played for him for less than half a season -- but I can understand why people say he’s a bad guy.

"I played with guys in Detroit that hated him. Every year in Detroit the leaders would go in and try to get him fired, but Kenny Holland wouldn't even entertain that conversation because he knew what he was getting as a coach."

During Babcock's 10 seasons in Detroit, the Wings won over 450 games, made the playoffs every year and captured the Stanley Cup in 2008. Colaiacovo signed a two-year deal with the team prior to the 2012-13 season, despite his concerns about Babcock.

"When I signed with Detroit, my biggest thing was that I really wanted to play for the Red Wings. But I was also very worried about playing for Mike Babcock, because the players who played for him, the things they were saying about him -- how he’s not a good person, how he doesn’t treat guys with respect, how he singles guy out, how he makes examples of players," Colaiacovo said.

After suffering an injury early in the 2012-13 season, Colaiacovo played just six games for Detroit before the team bought him out the ensuing offseason.