Here's what you can say in defense of the Lions' 1-3 start: they've played some pretty good teams. Their four opponents thus far have a combined record of 13-5, with the Saints looking to add another win to the tally on Monday night.

Maybe that's one reason Matt Patricia and Bob Quinn still have their jobs, even as their counterparts have already been dispatched this season in Houston and Atlanta. And speaking of the Texans and the Falcons, here's what you can say in defense of the Lions' chances moving forward: they're about to play some pretty bad teams.

Detroit's next seven opponents have a combined record of 10-25 -- which just so happens to be its own win-loss total in three seasons under Patricia. That includes four teams who are either last or tied for last in their respective divisions.

So this is it for Patricia and Quinn. If the Lions are ever going anywhere under this Belichick-bred duo, it has to start now.

It has to start in Week 6 against the 1-4 Jaguars, who each of the past three weeks have handed out wins to previously winless teams. It has to continue in Week 7 against the Falcons, one of the NFL's three winless teams left. If the Lions don't gain ground in their next two games, ownership will be forced into the midseason firings it would much rather avoid.

And the organization will be forced into the rebuild it never needed from the start. 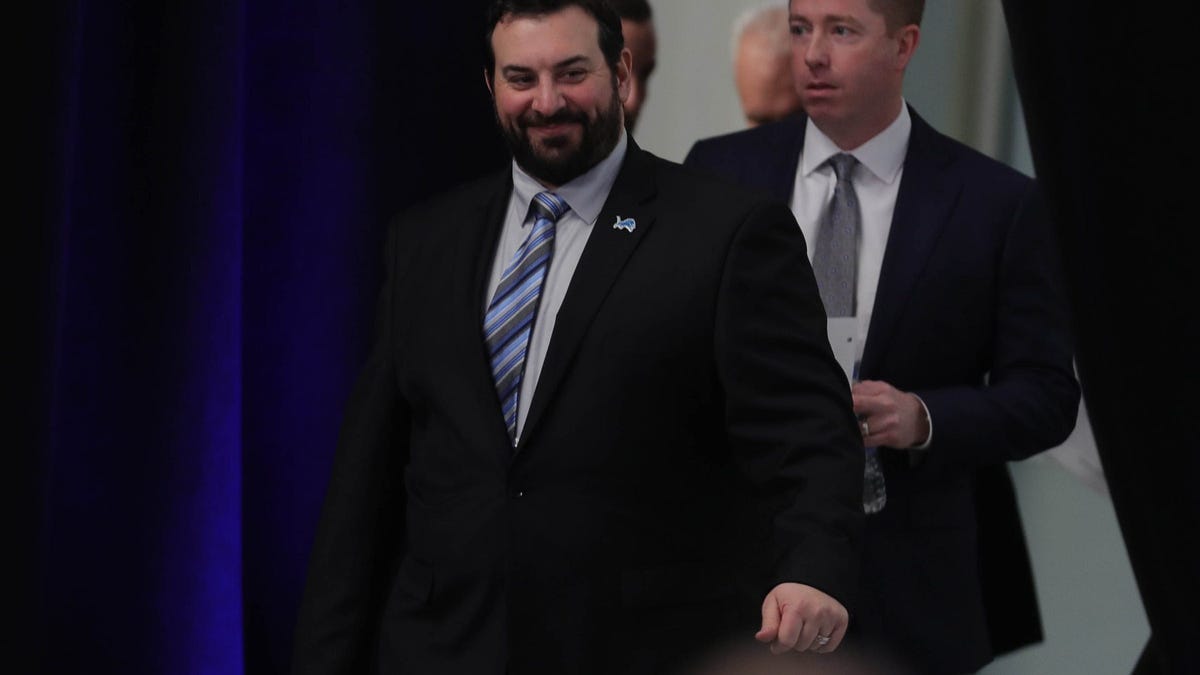 The Lions are where they are this season because Patricia's defense is what it is. But again, the schedule is extending a hand. Only one of their next seven opponents ranks in the top half of the league in scoring offense -- and that's the Vikings, at No. 15. The other six rank somewhere from No. 17 to No. 30. If Patricia can't stop what lies ahead, we can stop waiting for a new story.

That's not to absolve the offense. Matthew Stafford and the Lions were supposed to light up the scoreboard this season. They've had no problem doing so early in games. They've spent the rest of their time spinning their wheels, and now Stafford might be running out of road in Detroit. So much hinges on the team's next seven games, concluding on Thanksgiving against the Texans.

Is four wins enough to save Patricia and Quinn? Probably. That would put Detroit at 5-6 heading into the stretch run of the season. It would meet ownership's mandate to play 'meaningful games' in December. And it would qualify, at the very least, as a two-win improvement over last season.

But anything less could spell wholesale changes. And that's not accounting for Detroit's final five games, four of which come against the Packers, Bears, Titans and Bucs. A midseason surge might not matter if it precedes a late-season slide.

The irony to this whole conversation is that we're now judging Patricia and Quinn on the games on which Quinn declined to judge Jim Caldwell. Quinn fired Caldwell to bring in Patricia, he said, because the Lions weren't beating the "really good teams." And since Patricia arrived, they're 2-11 against teams that made the playoffs. If the 2020 season ended today -- which it doesn't! -- that would be 2-14.

We're no longer asking Patricia and Quinn to beat the good teams. We're asking them to beat the teams that everyone else is beating, too. If they can't do that between now and Thanksgiving, they'll be nothing left to say in their defense.