Jared Goff was arguably the NFL's worst quarterback the first 10 weeks of the season. He just won NFC Offensive Player of the Week for Week 13. Good for Goff. He deserves it.

Goff threw for 296 yards and three touchdowns including the game-winner as time expired last Sunday to lift the Lions to their first win of the season, 29-27 over the Vikings. He led Detroit 75 yards in the final 1:50 with no timeouts, capped off by a do-or-die dart to rookie Amon-Ra St. Brown.

The last Lions player to win NFC Offensive Player of the Week: Calvin Johnson in 2015. The last Lions quarterback: Matthew Stafford in 2009.

Week 13 marked Goff's second strong game in a row after he went 21-25 for 171 yards and two touchdowns in a close loss to the Bears on Thanksgiving. Don't look now, but he has a passer rating of 108.6 in the past two weeks. 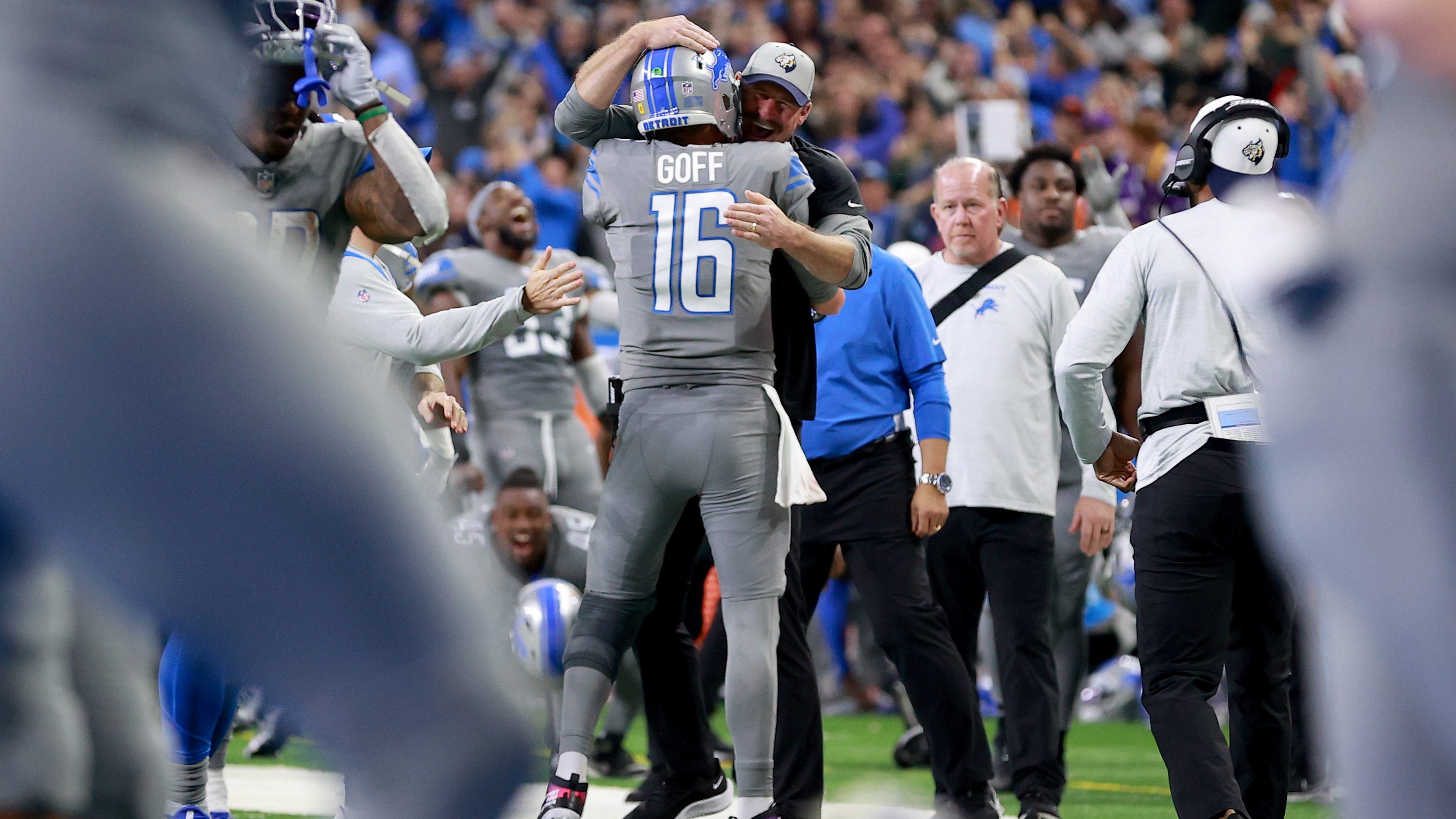 Dan Campbell to Jared Goff: "That's the way to throw it, motherf**ker!"

Goff has also started to drive the ball downfield, fueled partly by the arrival of receiver Josh Reynolds. He averaged just 6.4 yards per attempt over the first 10 weeks, third worst in the NFL. He's up to 7.1 in the last two weeks, good for ... seventh best! Reynolds has seven catches for 139 yards over that span.

"Josh definitely does help," Goff said Tuesday on the Karsch & Anderson Show. "Josh is a longer guy who can make those plays and do some of those things, but I think it was what the (Vikings) defense presented. They gave us some opportunities to do it, our guys ran great routes, I was able to find them. And I thought the play-calling was excellent. It's just the way the game went. If the throws are there downfield, we're going to take them."

Next for the Lions is a trip to Denver to take on the NFL's third best scoring defense. They'll need Goff at his best.