For the first time in franchise history, a Red Wings defenseman has been named Rookie of the Year. Of course he has.

Moritz Seider was announced as the 2021-22 Calder Trophy winner at the NHL Awards show Tuesday night, blowing away Trevor Zegras of the Ducks and Michael Bunting of the Maple Leafs with 170 out of the 195 first-place votes. It's a well-deserved honor.

It's also one that might not mean a whole lot to Seider, a 21-year-old who's more concerned with winning games than individual awards. Asked toward the end of the season what it would mean to take home the Calder Trophy, Seider said, "Nothing, to be honest."

At the time, the Wings still had a few games to play and Seider said it was an "unnecessary distraction" to think about anything other than "finishing the season strong." His larger point was that personal accolades don't carry much weight if the team isn't accomplishing its goals; the Red Wings missed the playoffs for the sixth straight season.

"That's why you play hockey, right? You want to win a Stanley Cup," Seider said. ... "Obviously it’s been frustrating for some of the guys missing the playoffs every single year and us young guys, we don’t even want to get into that situation. So we’re hungry and looking forward to the next years."

The next years are brighter because of Seider's presence -- and that of Lucas Raymond, who was snubbed as a Calder Trophy finalist. But we digress. Seider finished first among rookies in assists (43) and recorded just the third 50-point season by a rookie defenseman this century, all while playing against the opposition's top line for 82 games in a row. And he did this after showing up without a whiff of NHL experience.

Zegras had 24 NHL games under his belt entering this season. Bunting had 26 across two different seasons. They were rookies by rule -- Bunting by about 48 hours -- but they were not NHL neophytes. They were not blind. And they were not thrown into the same fire as Seider, a steel beam for one of the worst teams in the NHL.

Seider was on a team that finished 25th in the standings and 25th in scoring, and he only got better as the season progressed.

The last Red Wings rookie defenseman with a 50-point season? That would be Nicklas Lidstrom in 1991-92; the future Hall of Famer -- and the Perfect freaking Human -- would finish a close second to Pavel Bure that year for the Calder Trophy. 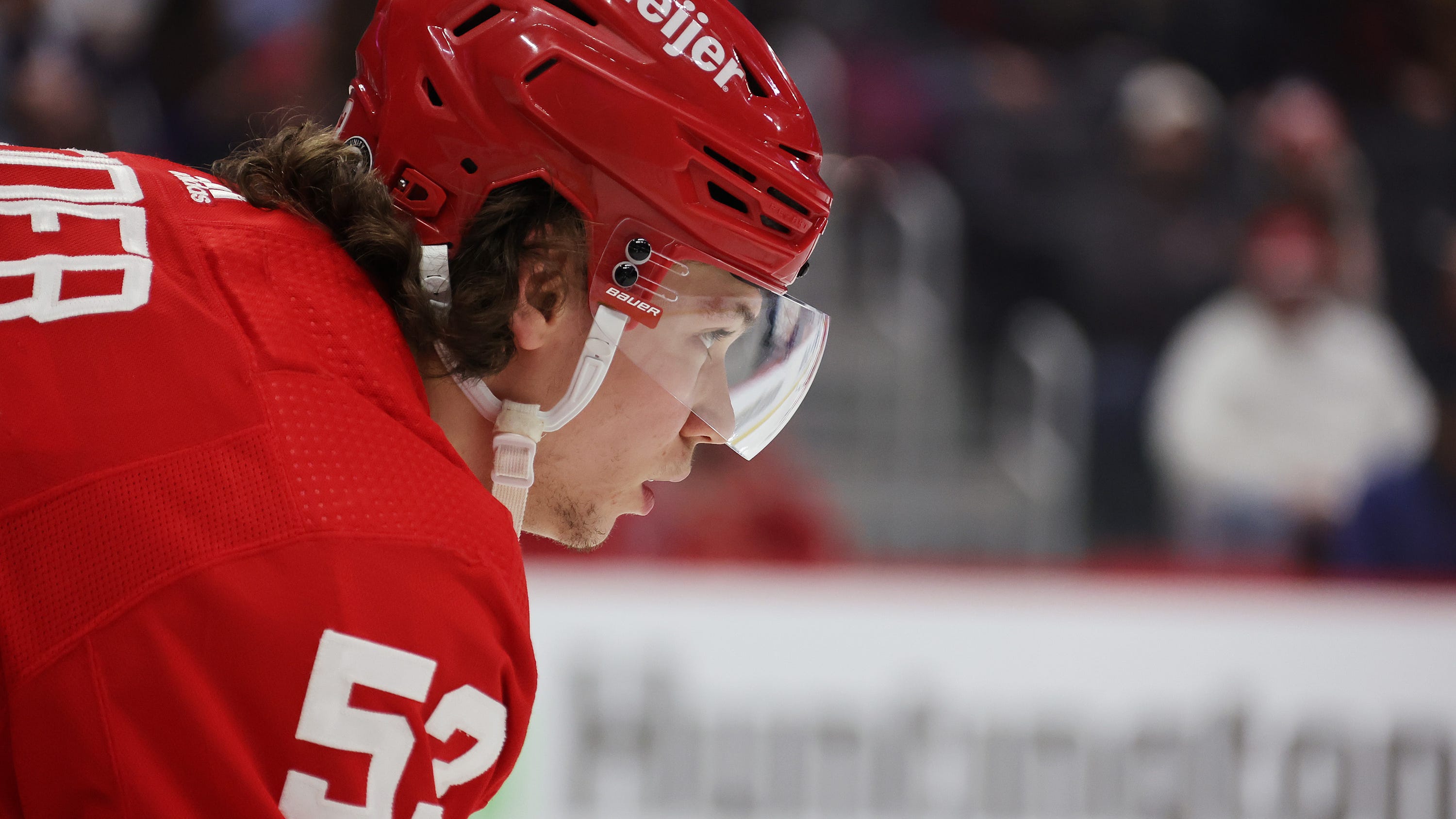 In playoff hockey, Moritz Seider will be 'an absolute beast' for Red Wings

Seider also led all rookies in ice time this season, playing 23:02 per game. He logged the bulk of those minutes against the opposition's top line and rarely looked overwhelmed. He ran the Red Wings' power play. He was one of their top penalty killers. He stared down a bigger NHL challenge than any of his peers and never blinked.

Zegras made more highlight-reel plays and the 26-year-old Bunting led all rookies in points, but Seider laid claim to the Calder Trophy by thriving in an incredibly challenging role, by rising to the NHL occasion with almost impossible ease. Take it from Steve Yzerman, who finished second for the Calder to goaltender Tom Barrasso back in 1983-84.

"Moritz played his way into the role of a top-pair defenseman in the NHL as a 20-year-old, which is extremely hard to do," the Red Wings GM said in a statement released Tuesday night. "He had a profound effect on our team during his rookie campaign and we look forward to his development."

So ends a 57-year Calder Trophy drought for the Red Wings, dating back to goalie Roger Crozier in 1964-65. Seider will be much happier if he can help end their playoff drought next season.