The Red Wings' rebuild, entrusted to Steve Yzerman, is going quite well. It's far from over, and Yzerman would tell you as much, but the Wings have a foundation of talent that points to success in the years ahead. And on Friday, they introduced their new head coach, Derek Lalonde, which brought Ilitch briefly back into public view. He expressed confidence in where his hockey team is headed.

"I’m very pleased with the development we’ve seen in some our young players, particularly Moritz Seider and Lucas Raymond now succeeding at the NHL level," Ilitch said. "Bit by bit, through drafting and savvy trades, Steve is building a young core. I think everybody fully realizes there’s a lot of work yet to be done to get our team to where we want it to be, but I’m very pleased with the progress of our club.”

The Tigers' rebuild, entrusted to Al Avila, is going ... not so well. It was '100 percent' over, Ilitch said this year on the eve of Opening Day. But after finally making strides last season and then spending more than almost every team in baseball this offseason, the Tigers are back in the basement of the American League.

Amid the pain of rebuilding, Ilitch admitted "there’s always temptations for shortcuts or to do something that perhaps would be rash, but it generally doesn't work." 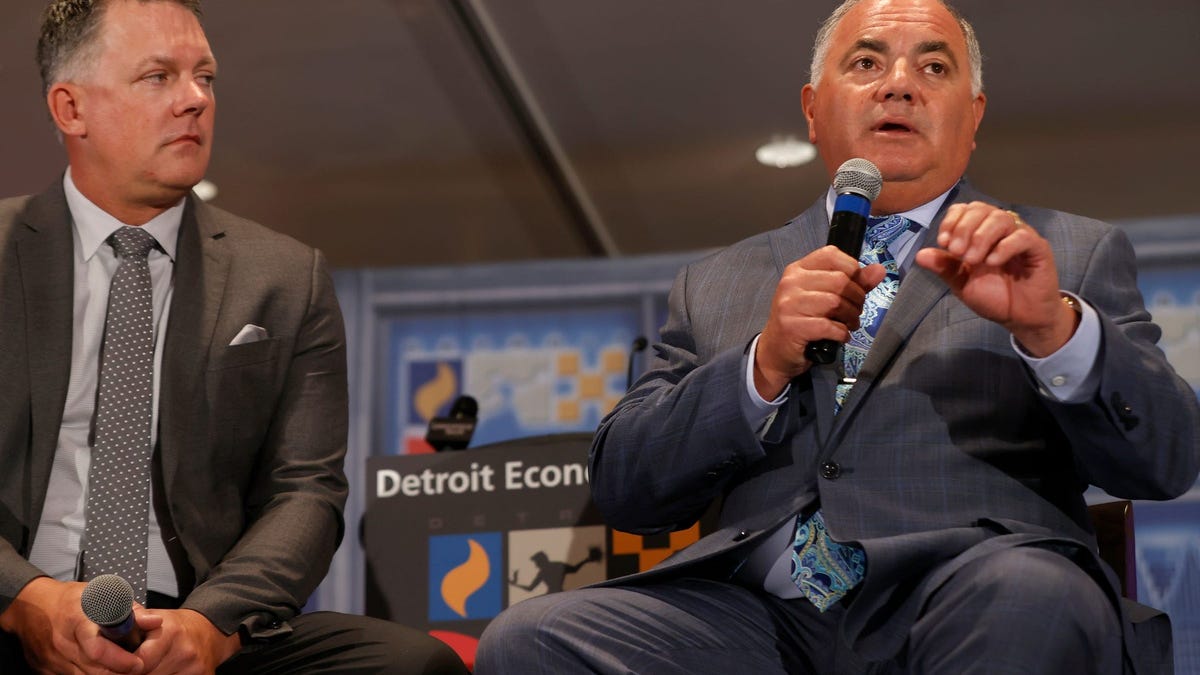 Avila and Tigers 'thought we put together a good team.' They're on pace for 100 losses.

That can be debated. Beyond Riley Greene and Tarik Skubal, the Tigers have yet to receive anything close to the production they were expecting from a wave of top prospects. And Avila's two big signings last winter, Javier Baez and Eduardo Rodriguez, have fallen flat, reminiscent of 2015 when he spent big on Jordan Zimmerman and Justin Upton for little return. Of MLB's 10 longest-tenured GM's, Avila is a distant last with a .415 winning percentage over his seven seasons in charge.

"Having been in pro sports as an organization for now 40 years, having worked with folks like Steve Yzerman, who constructed a very talented NHL team (in Tampa Bay), Al Avila, being part of an organization that constructed and won a World Championship down in Miami, and having seen our own Detroit Red Wings championship teams of the past, you realize that it is a process and it takes time and there really are no shortcuts.

"You need to bring in the young talent, you need to develop your players into NHL players or MLB players, and then you need to assemble them all at the right time and fill in gaps with free agents and trades -- and then you gotta compete and get some breaks along the way for it all to work."

Avila and the Tigers did the first part, which is also the easy part. They lost a bunch of games, collected high draft picks and brought in the young talent. But they have yet to develop the bulk of those picks into sturdy MLB players, they have yet to assemble them at the right time and they have yet to fill in the gaps with free agency and trades, even while spending close to $250 million this offseason. They have yet to really even compete. If you earn your breaks, there's a reason they haven't come this year for the Tigers.

But it sounds like Ilitch is staying the course, believing in a six-year rebuild that feels stuck on the ground. Avila, after all, helped the Marlins win a World Series as their director of Latin American operations. It was only 25 years ago.