Ndamukong Suh had some choice words for his former Lions teammate Matthew Stafford during Sunday’s Rams-Bucs game — a moment that resulted in a penalty for Suh.

Suh was angry because he felt Stafford kicked him, but the defensive tackle has apparently had some longstanding animosity toward Stafford, according to the quarterback’s wife, Kelly, and she does not quite understand why.

“I feel like he’s the only player in this league who really dislikes Matthew and we don’t know why,” she said on her podcast, The Morning After, via ProFootballTalk. “Now he can actually dislike him for a fricking reason. I thoroughly enjoyed it and that’s all I’m gonna say. I wish Suh the best, I really do. His family is always so kind. But come on, dude, y’all were teammates at one point. That really bothered me. … I just don’t get it, it disappoints me in a way with Suh. Maybe we’ll figure out, maybe there’s a reason and he’ll let us know, but Matthew doesn’t really seem to care. Just me, of course.”

Kelly said she asked her husband what triggered Suh to react that way, but he told her he did not seem to know.

“Obviously, when I saw [the play], I was like, ‘Of F you Suh.’ Like what is wrong, relax dude, it’s football.’ And I have no idea what just triggered that,” she said. “So then I asked Matthew last night and he was like, ‘Honestly, I don’t really know what happened. I didn’t really know who tackled me. But I remember getting put to the ground and someone one me and got him off me to try to get to the next play, and then Suh was in my face telling me was going to f—k me up.’” 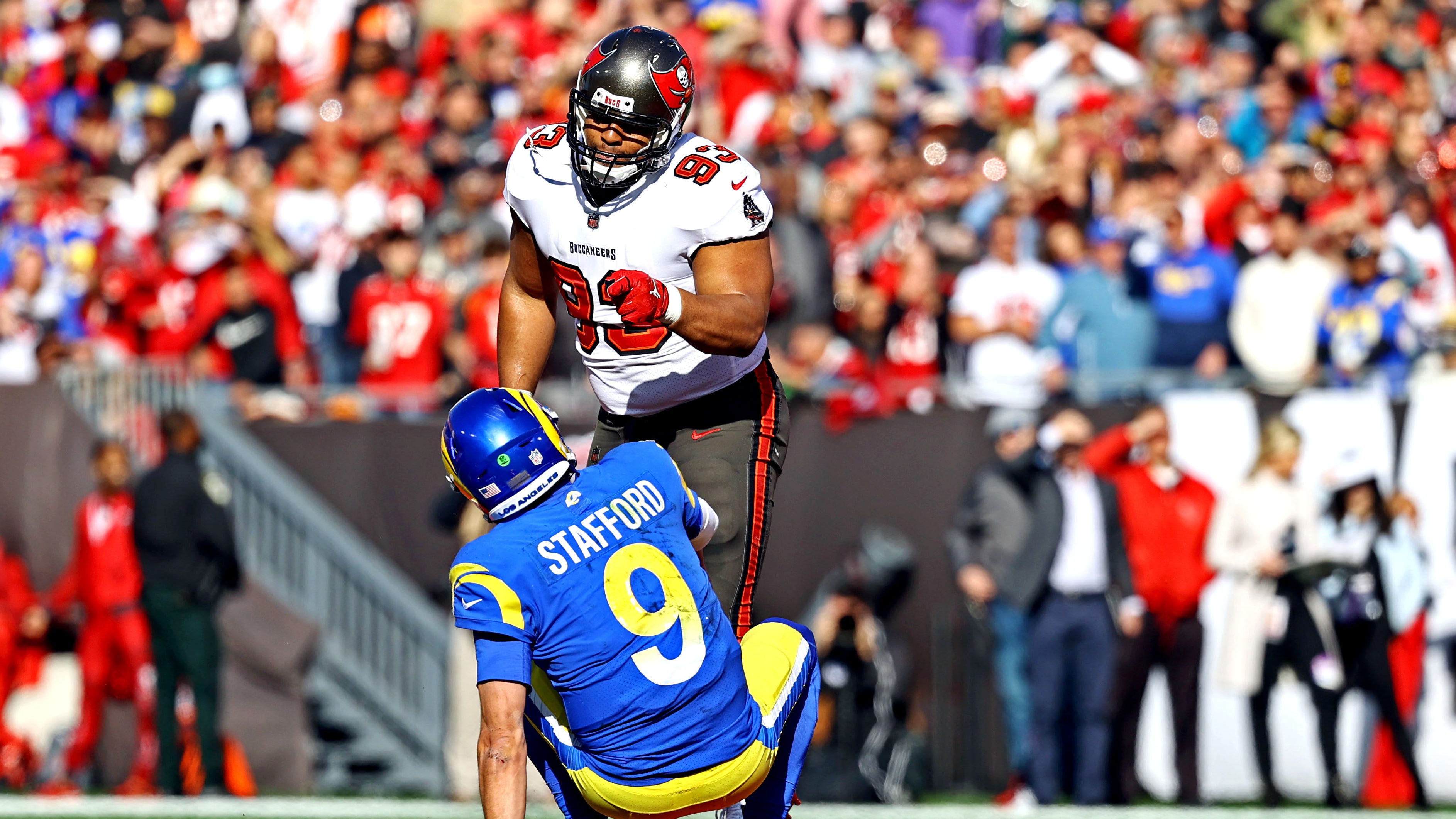 Ndamukong Suh complained about getting kicked and Twitter loved the irony

Of course, Stafford and the Rams got the last laugh after Matthew connected with Cooper Kupp to set up the game-winning field goal right before Suh could hit him.

“I just want to point one thing out: The best way to say ‘F you’ to someone without having to actually say it is to throw a dime right in their face at a zero all-out blitz right as he’s coming for you,” Kelly continued. “And you throw it right as he hits you and it hits Cooper right in the hands, and your kicker kicks a game-winning field goal. … Sometimes, you gotta shut them up with your play.

“You don’t have to do anything. … Matthew could care less, but I loved, I loved watching him throw that ball right in Suh’s face.”