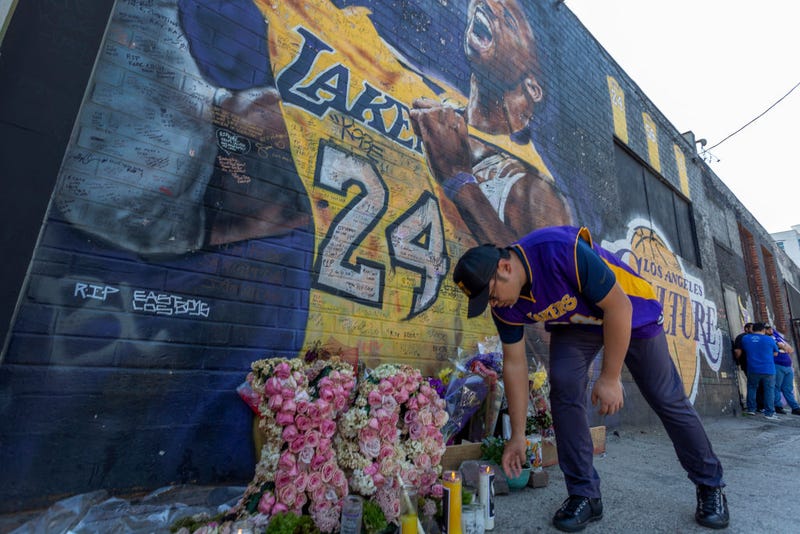 A man places a candle near a mural for former Los Angeles Lakers basketball star Kobe Bryant during the official memorial ceremony for him and his daughter, Gianna. Photo credit David McNew/Getty Images
By Christina Calloway, KNX News 97.1 FM

LOS ANGELES (KNX) — As fans remember Kobe Bryant, his daughter Gianna, and the seven others who lost their lives in the second anniversary of their helicopter crash Wednesday, the trial is approaching for a lawsuit brought by Vanessa Bryant over leaked graphic photos of the accident.

Vanessa Bryant is seeking millions of dollars in damages for the emotional distress she claims she suffered after discovering the images, which were allegedly shared by Los Angeles County sheriff’s and fire department personnel.

After failed attempts to mediate the suit privately, attorneys for the NBA legend’s widow and the county have submitted hundreds of pages of declarations, motions, proposed jury instructions, and verdict forms in the past week alone, according to City News Service.

County attorneys said they will prove that no photos taken by personnel at the scene of the Jan. 26, 2020, hillside crash in Calabasas were ever shared with the public.

“Ms. Bryant is suing the county for its actions while there are literally hundreds of crash site photos in the media and on the internet from hikers and bikers in the area, as well as from the media and news copters. We sympathize with her grief but believe her lawsuit is misdirected,” said Skip Miller, outside counsel for L.A. County.

Bryant's attorneys alleged that close-up photos of the remains of her husband and his 13-year-old daughter, Gianna, were passed around on at least 28 L.A. County Sheriff's Department devices and by at least a dozen firefighters in the hours after the accident, according to CNS.

"And that was only the beginning," according to Vanessa Bryant’s court papers. "The gratuitous sharing continued in the following days and weeks and included such outrageous conduct as flaunting the photos in a bar while pantomiming dismemberment and showing off the photos over cocktails at an awards gala."

In its failed dismissal motion, the county argued Vanessa Bryant’s claim of emotional distress was based on "hypothetical harm" and thus lacked standing. They argued the images were never publicly circulated and she never saw them, CNS reported.

In her declaration, Vanessa Bryant wrote she is infuriated "that the people I trusted to protect the dignity of my husband and daughter abused their positions to obtain souvenirs of their deaths, as though possessing pictures of their remains somehow makes them special. I imagine Kobe watching over what occurred at that crash scene, and I am overcome with anger and emotion.” 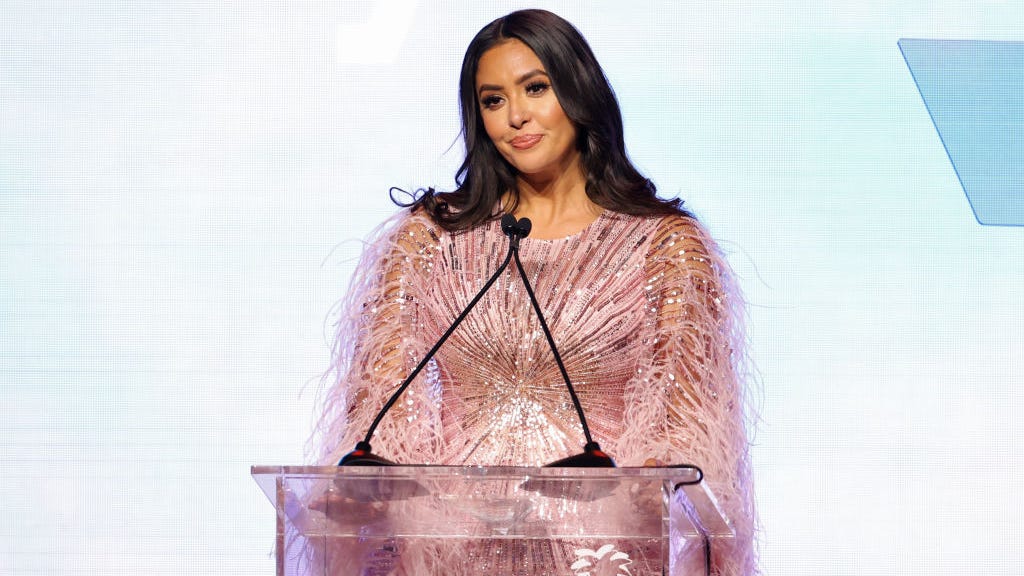