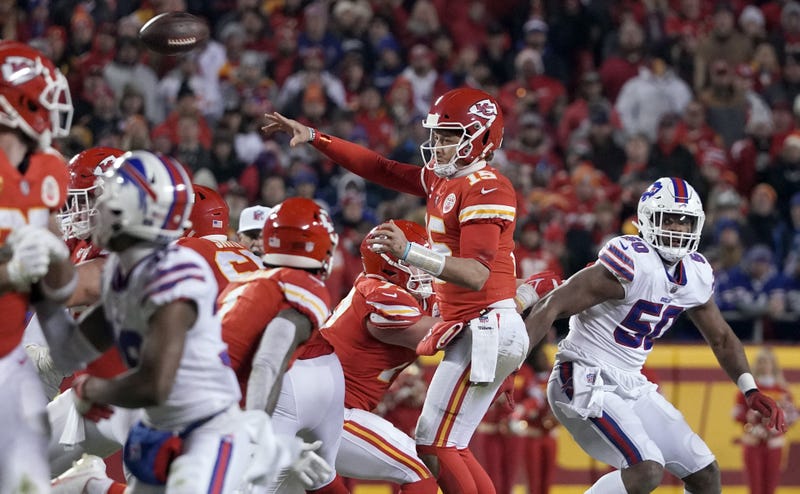 The NFL's slate of divisional-round playoff games was capped off with an epic AFC championship rematch between the Kansas City Chiefs and Buffalo Bills on Sunday night. And the main event couldn't have been any more dramatic, as the hometown Chiefs miraculously prevailed with a 42-36 win in overtime.

But the sudden-death finish at Arrowhead Stadium wasn't only disappointing to Bills fans. Considering how dominant both offenses performed, many NFL fans were frustrated that superstar quarterback Josh Allen didn't get to touch the ball once during the extra period. Possession in overtime was determined by a coin toss, and the Bills unfortunately lost it. The rules aren't new.

"If you're good enough to be in overtime, you should be good enough to at least make one stop on defense. And at least force a field goal, if anything," Hall of Fame quarterback Warren Moon told After Hours with Amy Lawrence on Tuesday. "If you give up a touchdown on the first drive of overtime, you deserve to lose the game. I think what the NFL is trying to do is, not make these overtimes go forever. These players have given their heart and soul.

"By the end of that game, both of those defenses were dog-tired. They just couldn't even catch up with the ball anymore. Now you're going to ask them to go into overtime? It's just not fair on these guys. Then the team that does win, they've got to try to play again next week. It's just not fair. The rule and the way they have it right now works. The bad thing is, if you lose the toss, you've got to play some defense and at least hold that team to a field goal."

According to the NFL's rules, if the team that receives the kickoff in overtime scores a touchdown, the game is then over. But, if the team kicks a field goal, their opponent then earns a chance to have the ball. The latter scenario didn't occur on Sunday, as the Chiefs won the toss and needed just five minutes to travel 75-yards for the game-winning score.

Following the game, Allen didn't complain about the overtime rules, and how he didn't get a chance with the ball. He told reporters that Buffalo didn't make enough plays, and "we'd be celebrating" if the critical coin toss worked out in their favor. According to ESPN Stats & Info, the Bills were given a 91-percent win probability with 13 seconds remaining in the fourth quarter, up 36-33.

The entire NFL conversation between Moon and Lawrence can be accessed in the audio player above.