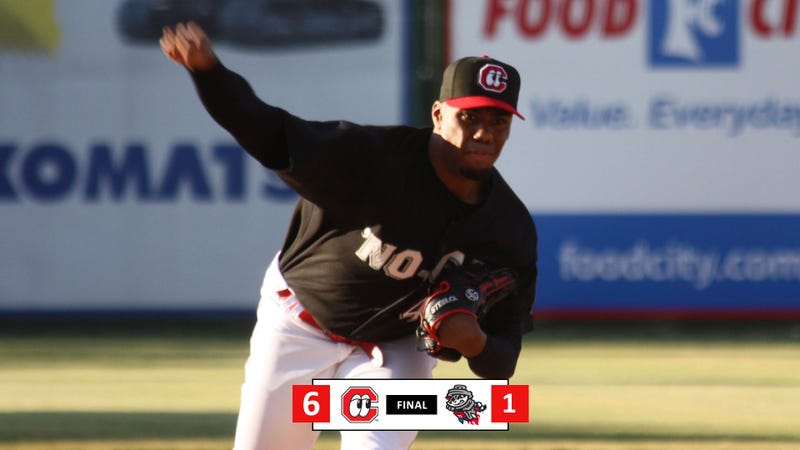 Lookouts starting pitcher RHP Hunter Greene dazzled fans in his Double-A Debut. Greene only allowed one run in five innings and struck out eight. The former number two overall pick also threw over 100 MPH 37 times in his five innings of work. The 37 pitches over 100 MPH set a record for most 100 MPH pitches by a starter in the stat cast era.

Greene's only run of the day came in the first inning as the Trash Pandas jumped out to an early 1-0 lead. Lookouts shortstop Jose Garcia quickly tied the game right away in the bottom of the inning when he belted the team's first homer of the season.

Chattanooga would add on to their advantage with a pair of RBI singles in the second inning before catcher Mark Koloszvary hit run-scoring doubles in the 4th and 6th innings.

Reminder: Doubleheader tonight! One ticket gets you into both games. First pitch at 5:15pm, gates open at 4:30. Both...

Posted by Chattanooga Lookouts on Thursday, May 6, 2021

The Lookouts and Trash Pandas will do battle in a doubleheader today (05/06/21) with game 1 starting at 5:15 PM. Game 2 will follow 30 minutes after, with both games being 7 inning affairs. You can hear both games on 98.1 The Lake.