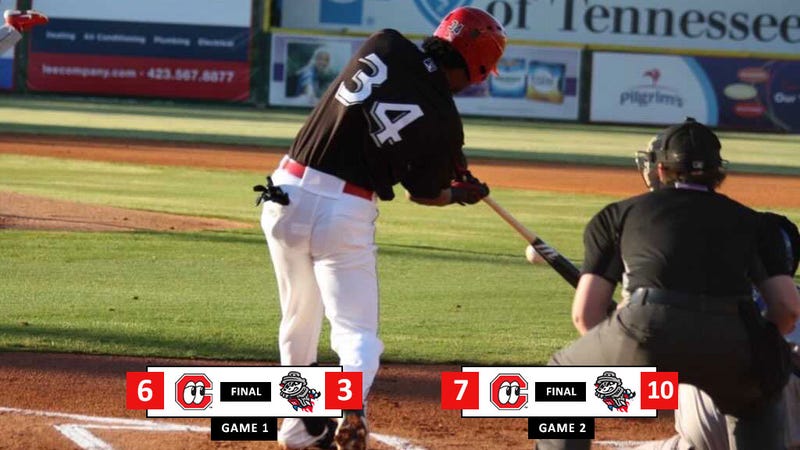 In the first game, the Lookouts got off to a fast start in the third inning, when Jose Garcia smacked a 350-foot two-run homer. Later that inning Yoel Yanqui hit his first dinger of the season to make it 3-0 Lookouts. The team added more runs in the bottom of the sixth on an RBI single by Chuckie Robinson, an error on the Trash Panda's left fielder, and a ground out by Narciso Crook.

The six runs were enough for starting pitcher Nick Lodolo who dominated the Trash Pandas lineup. The lefty struck out 10 in five innings while only allowing two hits.

Game two got off to a great start for the home team. After an error scored T.J. Hopkins in the second, catcher Mark Koloszvary belted a three-run homer to make it 4-0 Lookouts. Chattanooga increased their lead to seven on a Crook homer, a Rivas single, and a Crook RBI single.

Down 7-0, the Trash Pandas' offense came alive. With the winds swirling the away team scratched across three runs in the top of the fifth. Michael Cruz pulled the team within one when he hit a three-run homer. Later that inning, a bases-loaded walk by Wes Roberston tied up the game, and a bases-clearing triple by Ray Patrick Didder gave them a 10-7 lead.

Tomorrow the two teams return for game four of the series on a Fireworks Friday at AT&T Field. Game time is 7:15 p.m. with gates set to open at 6:00 p.m.