Vote now in the 2021 Mutt Match Up Bracket powered by All Pets Considered! 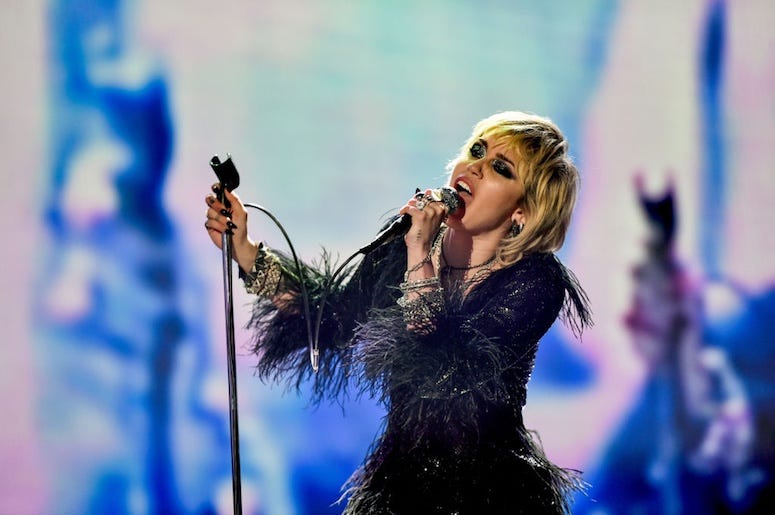 As the initial shock of seeing Miley Cyrus share the news that she’s putting together an album of Metallica covers subsided, she drops more information that gets us excited all over again.

Miley first shared the news that she’s putting together a Metallica covers album back in October saying her inspiration has been “totally ignited.”

Now, she’s revealed that she’s bringing on an impressive list of collaborators to join her. Cyrus was taking part in an interview and revealed Elton John will be joining her on the record. “I did a Metallica cover of ‘Nothing Else Matters’ featuring Elton John on piano,” she said.

“I’ve got Yo-Yo Ma, Chad Smith; so many all-stars. I’m so excited about this collaboration. I’m really stoked. I love when ingredients don’t quite fit.” Miley added.

Elton John, Red Hot Chili Peppers drummer Chad Smith, and legendary cellist Yo-Yo Ma on the same record? Only Miley could pull something like that off.

Miley’s inner rock ‘n’ roll spirit has been on full display for a while and it was reaffirmed with her latest record Plastic Hearts.

The album landed at the number one spot on the Billboard rock chart, something Miley was blown away by.

“My mind is blown and my heart is overwhelmed with gratitude. Thank YOU to every creative collaborator involved on this project! If one person was missing I would not be writing this message,” she said at the time.

WATCH MORE: 5 Miley Cyrus songs to spice up your life