Twitter has seen its fair share of debates, especially with the election just a few months away, but on Monday, the internet was divided over something entirely different: eggs.

It all started when Chrissy Teigen posted a minute-long tutorial revealing how she makes the “perfect sunny-side up eggs.”

In the clip, which garnered over 1.3 million views, the supermodel cracks two eggs in a ramekin, heats up olive oil on a medium heat pan, checks if the oil is hot enough by sprinkling some water on it, and finally, adds eggs onto the sizzling oil.

Many of Teigen’s followers were shocked and upset by her technique, specifically by her decision to use olive oil instead of butter to cook her eggs.

One said it was a “rookie mistake” and urged her to “use butter.”

A user defended Teigen stating that she has cookbooks and a cooking site so “pretty sure she’s not a rookie.”

Another user said their personal preference was a “good butter” because it "tastes a lot better."

A fourth user defended Chrissy’s method writing: "I don’t get why people are surprised that chrissy cooks her eggs with olive oil! I’m more shocked that many people say they cook it with BUTTER! I understand if you add little butter to omelets ! But sunny /egg! I never cooked it with butter! Imagine the calories from morning.”

Another one simply stated: “Olive oil is so much better than butter. Try it before judging.” 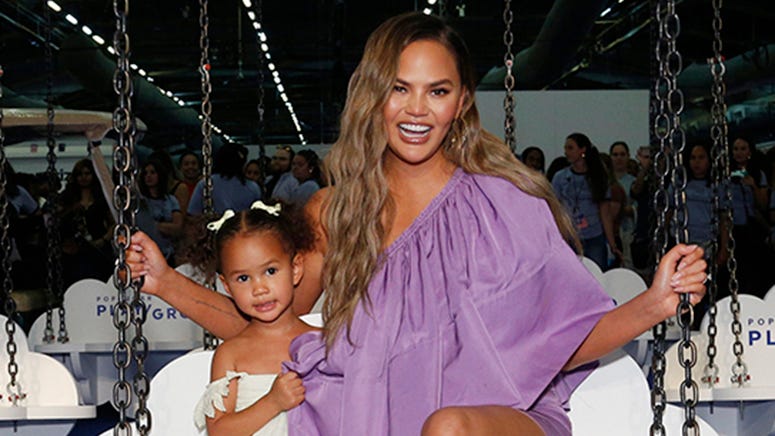 While the internet seemed equally divided on the topic with both butter and oil having a solid amount of people in their corner, Teigen didn’t seem all that phased by the negative reactions.

As the debate over butter and oil raged on, the "Cravings: Hungry for More" author shared a photo of herself getting a massage.

literally getting a massage fighting about eggs pic.twitter.com/jqjQL1t0tp