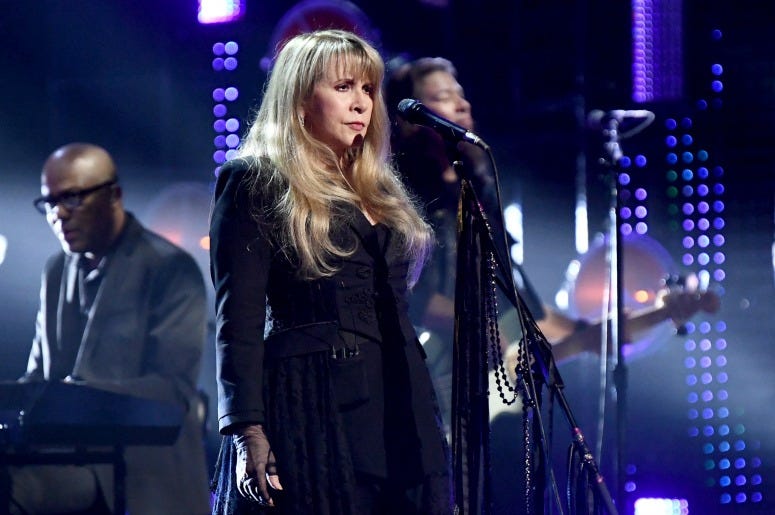 One of Stevie Nicks' signature songs is "Edge of Seventeen," with its memorable chorus: "Just like the white-winged dove sings a song/ Sounds like she's singing/ Ooh ooh ooh." But believe it or not, Stevie had never actually heard that sound in real life... until now.

On Tuesday, Stevie posted a video on Instagram of a dove cooing on a branch, and wrote in an accompanying note. "In 1980 I was flying home from Phoenix, Arizona and I was handed a menu that said, 'The white-wing dove sings a song that sounds like she's singing ooh, ooh, ooh. She makes her home here, in the great Saguaro cactus, that provides shelter and protection for her.'"

She continued, "As you well know, I was very taken with that whole picture and went on to write 'Edge of Seventeen.' But over the last 40 years I can honestly say, I have never heard a dove sing until now."

Stevie then wrote, "Several days ago, outside my room, I started to hear the sound of a bird singing the same thing over and over. One little Ahhh and then three OOH's over and over again. I thought it was an owl, but a friend said, 'No, that's a dove!'"

Upon finding this out, Stevie said she had an emotional reaction.

"I started to cry," she revealed. "This dove had come here to watch over me. So we filmed her singing her song & I'm sending her out to you."