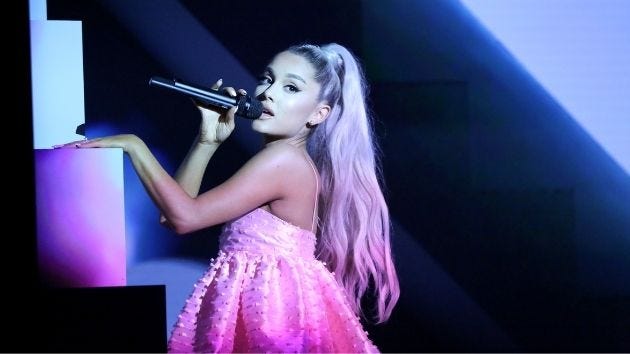 After the second and final presidential debate wrapped up, Ariana Grande cleansed fans' palates Friday morning when she dropped her hotly anticipated single and music video for "Positions," which is all about how she'd run the country if she were president.

Grande also slips in a subtle nod to her donut-licking scandal from five years ago by featuring a plate of the sugary confections set in the center of the Cabinet table, as if to convey what she loves most about the country: that it's a melting pot of cultures, languages and people.

Being a world leader,  Grande switches "Positions" from being the boss to cooking up a storm in the kitchen, from tossing pizza dough and making pasta to sipping rosé straight from the bottle.

Ari shows off multiple sides of her personality in the music video, from dreamily watching a fireworks show from the Oval Office to happily strutting her sparkly pumps across the White House. 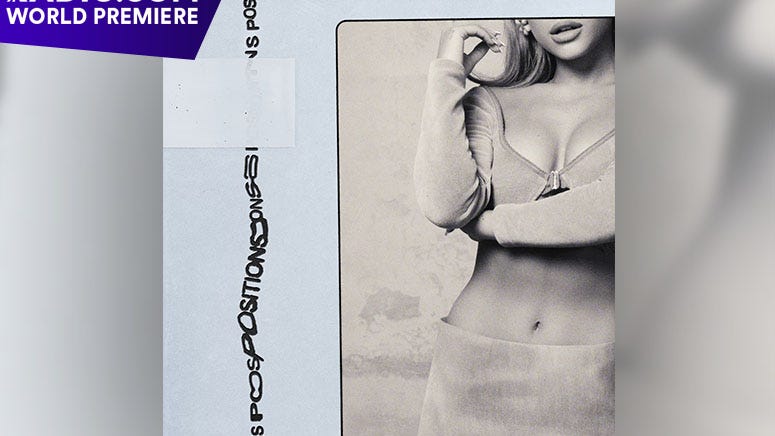 Grande also gives a deliberate nod to the USPS in her music video, placing a medal around a mail carrier's neck as their colleagues watch proudly.

The actual song, however, is about the many faces Ariana wears to impress her lover, as she sings "Switchin' my positions for you/ Cookin' in the kitchen and I'm in your bedroom/ I'm in the Olympics way, I'm jumping through hoops/ Know my love infinite, nothin' I wouldn't do/ That I wouldn't do, switchin' for you."