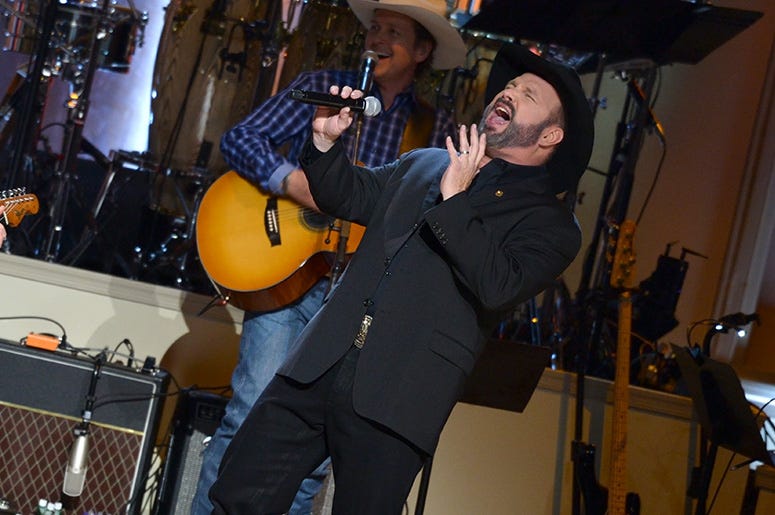 Garth Brooks is ready to have some FUN.

The Country superstar unveiled the news today that his latest studio album FUN will be released on November 20.

The album has been in the works for nearly two years, Garth releasing lead single "All Day Long" in June 2018. He announced earlier this year that he was waiting for the right time to share the project, hoping to avoid releasing it in the middle of a pandemic.

But in an interview with People, the singer says he had delayed its release long enough.

"Truthfully, I just think I ran out of time. This should have been released last Christmas because we'd been working on it forever," he explains. "So I think it's just time, you know?"

The project features 14 new songs, including the hit collaboration with Blake Shelton on "Dive Bar," "Stronger Than Me," a touching ode to his wife Trisha Yearwood with whom he recorded a cover of Bradley Cooper and Lady Gaga's "Shallow" from A Star is Born.

Unreleased songs fans have to look forward to are "It's a Hard Way to Make an Easy Living," "Sometimes You've Got to Die to Live Again" and "Amen."

"It's something we keep saying: How wrong is it to have fun when everybody's suffering?" Garth continues, adding that seeing fans' reactions to his virtual performances throughout the year, calling them an "escape," encouraged the album's release.

"...You kind of walk that line as an entertainer. What's your job? Even though times are hard for people, aren't they looking to the entertainment business for an escape?" he says. "I would just love to see us all kind of take a deep breath, maybe smile a little bit."

WATCH MORE: Garth Brooks chats it up with Chuck And Rachael before his Detroit show