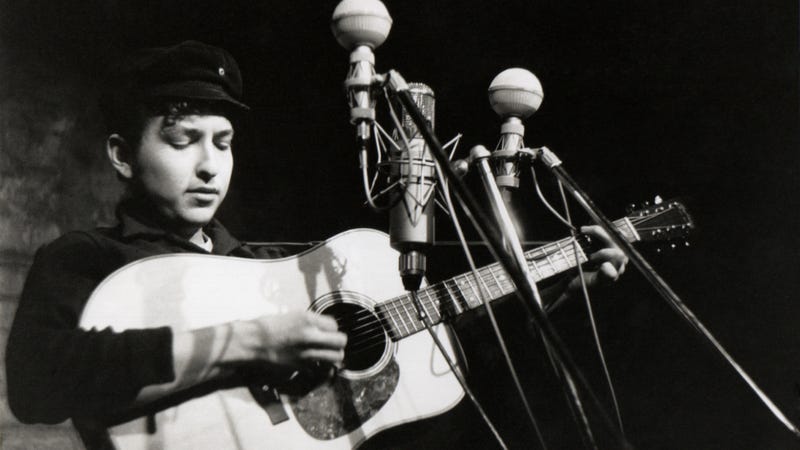 He once famously sang about being forever young, but Bob Dylan celebrates his 80th birthday today.

The singer/songwriter born Robert Zimmerman on May 24, 1941, in Duluth, Minnesota, and raised in nearby Hibbing, has gone on to change the landscape of the popular music with his poetic, lyrical and topical songs.

Check out which Bob Dylan track is Mick's favourite at: https://t.co/9pQIaX5ZZv pic.twitter.com/J5pAHXK8mv

Early in his career, Dylan emerged as a leader of the folk music revival. Influenced greatly by Woody Guthrie and traditional American roots music, as well as Beat Generation poets and authors, Dylan began writing enduring songs like "Blowin' in the Wind" and "The Times They Are a-Changin'" that were embraced by the antiwar and civil-rights movements.

By late 1964, in the wake of the popularity of The Beatles, Dylan began incorporating electric instruments into his music. At the 1965 Newport Folk Festival, he played a set backed by a full rock band, angering many folk purists who looked at him as that genre's leader.

Around this same time, Dylan's songs became edgier, angrier and more enigmatic, and many rock and pop artists not only began regularly recording his tunes, but writing their own material inspired by Bob's poetic style.

"Dylan's legacy is just cemented in rock 'n' roll history," Rock & Roll Hall of Fame executive Jason Hanley tells ABC Audio. He praises Bob's talent for being "poetic in the way they address real world issues, [while doing] it in a way that's so lyrical and so beautiful and has this musical impact."

Over his 60-year career, Dylan has remained a prolific musician and touring performer, while also branching into film, literature and art. While it's no easy task to encapsulate his many achievements, here's a list of highlights from various aspects of his influential career:

--Performed alongside Joan Baez at the famous "March on Washington" civil rights protest near the Lincoln Memorial and the Washington Monument in August 1963.
--Toured with a backing group called The Hawks
-- which later would become The Band
-- in 1966. Dylan and the group regularly were booed by a segment of the audience unhappy with his move away from acoustic folk music.--Dylan's Rolling Thunder Revue tour of 1975 and '76 featured a caravan of musicians that included Baez, The Byrds' Roger McGuinn, Ramblin' Jack Elliott, former David Bowie guitarist Mick Ronson and more.
--Performed during the finale of The Band's famous all-star farewell concert, "The Last Waltz," at the Winterland Ballroom in San Francisco in November 1976.
--Toured in 1986 and '87, respectively, with Tom Petty & the Heartbreakers and The Grateful Dead as his backing bands.

--Inducted into the Rock & Roll Hall of Fame in 1988 and the Songwriters Hall of Fame in 1982.
--Honored with Sweden's Polar Music Prize in 2000.
--Won winning an Academy Award in 2000 for Best Original Song for "Things Have Changed" from the film Wonder Boys.
--Presented with the U.S. Presidential Medal of Freedom by President Barack Obama in 2012.
--Presented with France's Legion of Honour in 2013.
--Awarded the Nobel Prize in Literature in 2016, becoming the first music artist ever to receive the prestigious honor.

DYLAN SONGS THAT WERE HITS FOR OTHER ARTISTS

--Duetted with Johnny Cash on his song "Girl from the North Country," which was featured on Bob's 1969 Nashville Skyline album.
--Recorded two albums with The Band: the 1975 compilation The Basement Tapes, a collection of demo tunes recorded in 1967; and Planet Waves
--Was a member of the supergroup The Traveling Wilburys, which also featured George Harrison, Roy Orbison, Tom Petty and Jeff Lynne. The band released two albums: Vol. 1 in 1988 and Vol. 3 in 1990.