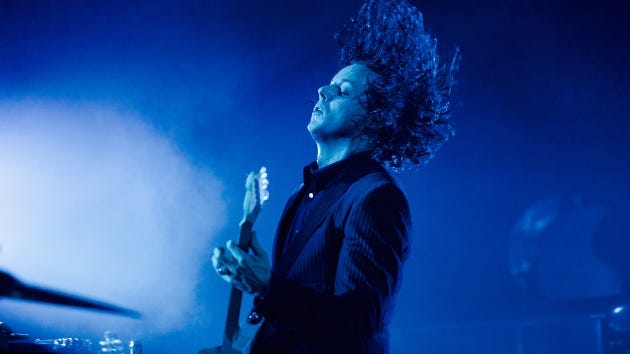 A U.K. busker whose guitar was smashed received quite the replacement, thanks to Jack White.

Twenty-six-year-old Matt Grant regularly busks with his acoustic guitar in Edinburgh, Scotland. where he lives. As he tells it, a "drunk" woman angrily approached him while he was playing recently and smashed his guitar.

"Can't believe this has happened," Grant wrote on Instagram alongside video of the incident's aftermath. "My livelihood."

Grant then set up a GoFundMe to raise money for a new guitar. The campaign was successful, so he headed to a local guitar store to pick out a replacement acoustic. That's when he got a call from Jack White's manager.

"[The manager] tells me Jack White has seen my GoFundMe page, feels bad for what happened and wants to buy me a new guitar," Grant explains in a new post.

Grant got to pick out any guitar he wanted, and eventually settled on a custom Fender Stratocaster.

"Absolute once in a million lifetimes thing happened today and I cannot thank Jack enough for his absolute generosity," Grant says. "Apparently he saw what happened and hit up his manager just this morning, who then amazingly tracked me down to the guitar shop just in time for me to walk out with this absolute beauty."

"Thanks Jack," he adds. "I'd love to thank you personally one day, you're a legend."