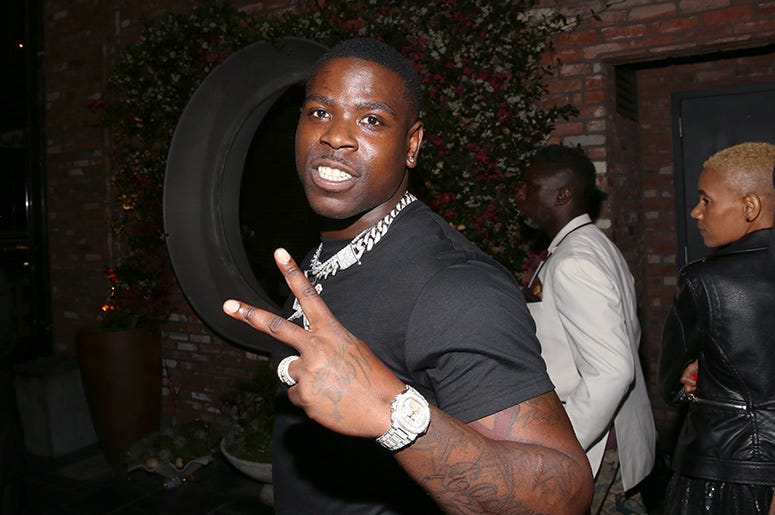 Rapper Casanova reportedly surrendered to authorities Wednesday night after being wanted in relation to a gang-related federal racketeering case.

Casanova, who is an alleged member of the Untouchable Gorilla Stone Nation, surrendered at the Midtown South percent in Manhattan, according to police.

Two of the 17 other alleged members, who are already in custody, are accused of using other people's IDs to file fraudulent applications to receive COVID-19-related unemployment benefits. According to acting U.S. Attorney Audrey Strauss, "Members of Gorilla Stone committed terrible acts of violence, trafficked in narcotics, and even engaged in brazen fraud by exploiting benefits programs meant to provide assistance in response to the COVID-19 pandemic."

Alleged members are also charged with a number of violent crimes in New York, including the September killing of a 15-year-old in Poughkeepsie. Casanova isn't charged in connection with the teen's death, but has a pending assault case from 2018. The Roc Nation signee is accused of allegedly punching a young woman in the face who videoed him at a dinner in Brooklyn and then forcibly took her phone.

If convicted of these new charges, the "Set Trippin" rapper could face life in prison.

On Thursday, Casanova's wife and mother of his daughter, Swaggy Jazzy, took to Instagram to proclaim his innocence.

"Don't believe everything you see!" she wrote. "My husband is innocent until proven guilty always remember that and we're gonna fight for his freedom."