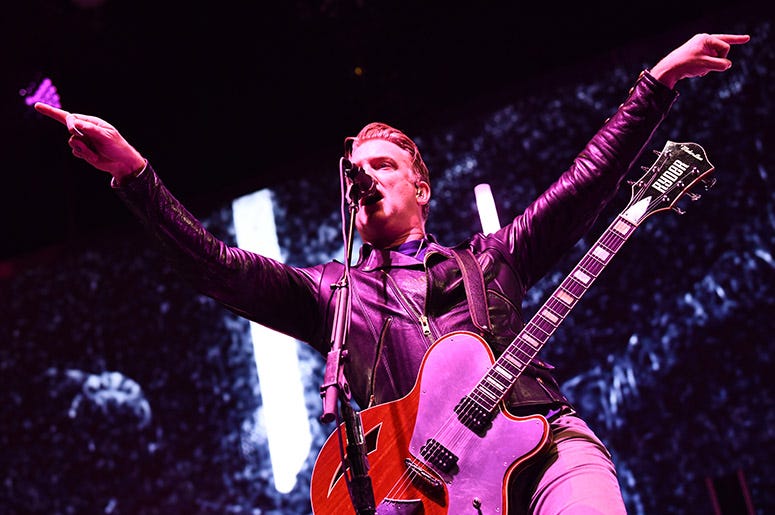 Queens of the Stone Age have announced a concert stream taking place this Friday, November 13, the fifth anniversary of the Bataclan terrorist attack.

To mark the somber anniversary, Queens are streaming their 2018 acoustic gig in Tasmania, Australia. You can watch beginning at noon ET via the QotSA YouTube page.

Proceeds raised from the stream will benefit the Life for Paris charity, and the Nick Alexander Memorial Trust, which honors the Eagles of Death Metal merch worker who was killed during the Bataclan attack.