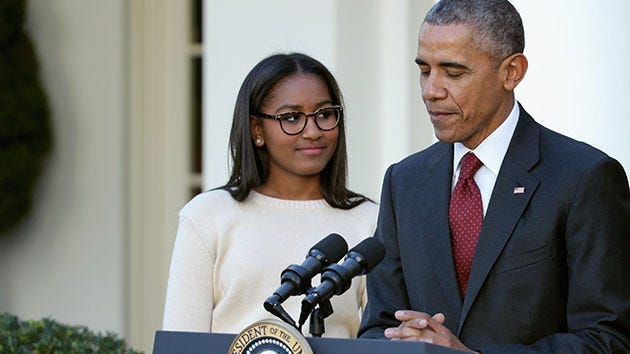 The 19-year-old was trending over the weekend, after a TikTok video surfaced on Instagram of her and a friend rapping to the City Girls. Sasha and a friend are seen lip-syncing and dancing to JT's verse from Moneybagg Yo’s "Said Sum" remix, also featuring DaBaby.

While some fans on social media enjoyed watching Sasha let her hair down and have a little fun, some felt the song’s lyrics were too provocative for the youngest daughter of the former president and former first lady, Michelle Obama.

"Oh not the president daughter," one fan wrote in the comments, while another said, "Obama gone get her."

Still others were openly accepting and supportive of Sasha being a City Girls fan.  "We will continue to stan," one fan wrote, while another said, "Yes Sasha live your life."

am I crazy or is this Sasha thee Obama pic.twitter.com/yLDgsb6NgY