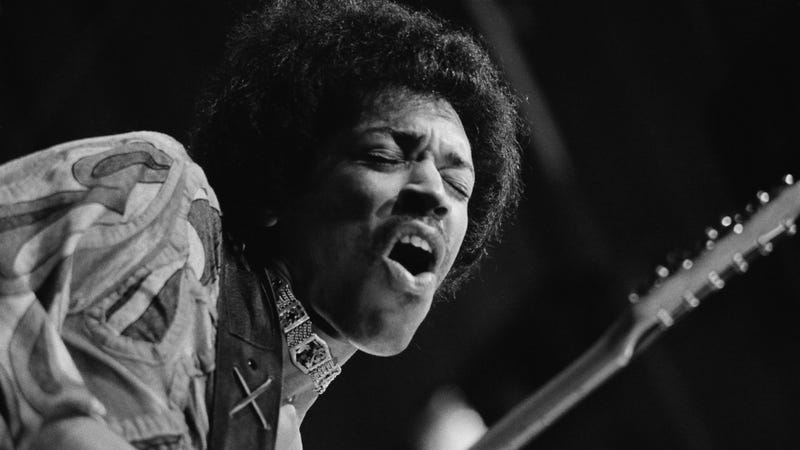 Inspired by a matchday tradition, honoring a Seattle icon. pic.twitter.com/DNJUGCWDIn

The jersey also features a reproduction of Hendrix's signature on the bottom left of its front side, and replica handwritten lyrics from Jimi's song "Straight Ahead" on the neck tape.

The uniform is part of MLS and adidas' "Community Kit" line, which is debuting this season to give teams a chance to create secondary kits -- another word for uniforms --  that reflect interesting aspects of each individual clubs.

The Hendrix jersey was conceived as a way for Sounders FC to honor the rock icon and his connection to Seattle, as well as to celebrate the principles of peace, love and giving that his music promoted.

Proceeds from the first 30 days of sales of the Hendrix jersey will be donated to five local non-profit organizations: The Jimi Hendrix Park Foundation, the Museum of Pop Culture, the Northwest African American Museum, RAVE Foundation and the Tacoma Public Schools Indian Education Program.

"Seattle was and always will be Jimi's home. The Sounders are Seattle's own, as well," says Hendrix's sister, Janie, president & CEO of Experience Hendrix. "Collaborating with the Sounders to create a jersey is our way of playing for the home team."

In conjunction with the launch of the uniform, a promo video featuring Seattle-based rock group The Black Tones wearing the jersey while playing a Hendrix-inspired rendition of "All Along the Watchtower" has debuted at the Sounders' YouTube channel.