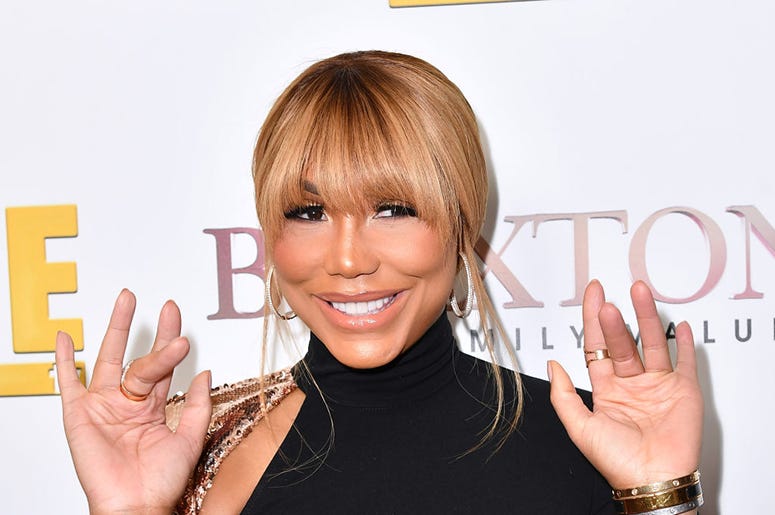 In a lengthy Instagram post following her hospitalization two weeks ago, Tamar Braxton is opening up about her 11-year battle with mental health and feeling exploited by her network.

On Thursday, Braxton said it's time to be "real with myself," adding that she wanted to be honest with those who "truly love me and care for my healing."

In her message, the TV star and singer shared how she felt "betrayed" by those in her life, specifically when it came to business.

"Over the past 11 years, there were promises made to protect and portray my story, with the authenticity and honesty I gave," Tamar wrote. "I was betrayed, taken advantage of, overworked, and underpaid."

Tamar said her "cry for help" was ignored, especially after detailing "the demise [she] was experiencing," in a letter written over two months ago asking "to be freed from what I believed was excessive and unfair."

"I will do everything in my power to aid those who from mental illness, including those of us who's mental illness was only a result from the toxic, systematic bondage that dwells television," Tamar continued. "It was only God's grace and his mercy on my attempt to end my pain and my life that I am here to utilize my voice."

Now she says she's focused on finding her "happy and... health, through professional treatment" for the sake of her son Logan.

Braxton also took time to thank those who prayed for her including her sister Toni Braxton, who recently posted that "Family is everything!" with a photo of all her sisters, including their mother.

As previously reported, Braxton was found "unconscious" by her boyfriend, David Adefesco, on July 16 and transported the hospital.

A day before Tamar's hospitalization, WE tv shared the trailer for her new docu-series Tamar Braxton: Get Ya Life!, which has since been delayed