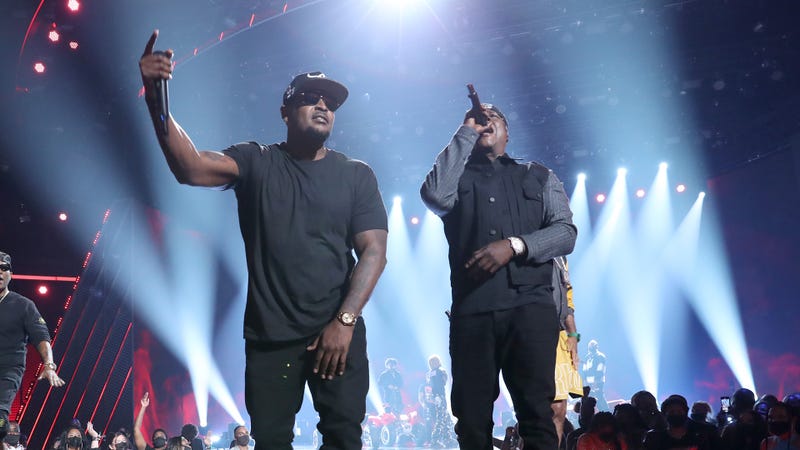 Legendary rap groups The Lox and Dipset faced off in an epic Verzuz battle at Madison Square Garden in New York City on Tuesday night.

After the two exchanged insults in a way that only New Yorkers can, they got to the music.

The first few rounds went off without a hitch, until Jadakiss called out Dipset for "lip-syncing" and not knowing the words to their own songs. This went on throughout the entire Verzuz, with the two groups slinging jabs at each other, but they each claimed it was "all love" and ended the night with a message of unity.

And it wasn't just talk. The Lox and Dipset announced that they will be going on The Rap Superheroes Tour together. State Property, which consists of Beanie Sigel, Freeway, Peedi Peedi, Oschino and Omillio Sparks, and the duo Young Gunz, will also be joining them on tour.