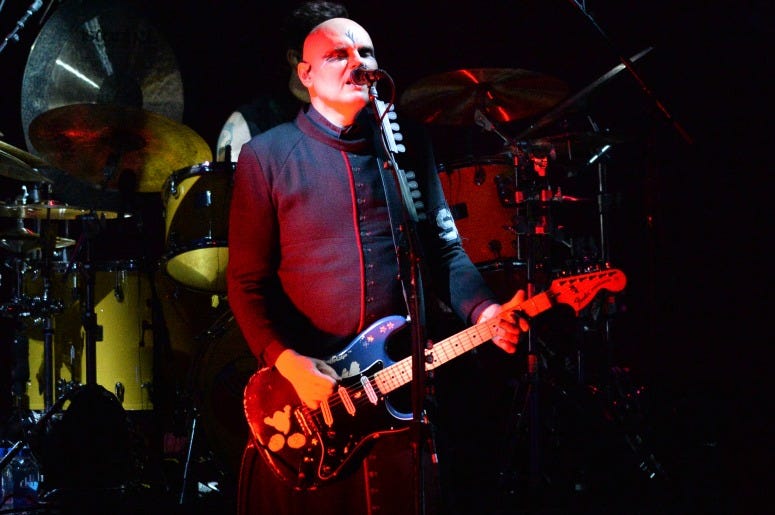 The Smashing Pumpkins have announced a whole lot of plans to celebrate the 25th anniversary of the band's diamond-certified 1995 album, Mellon Collie and the Infinite Sadness.

First, Billy Corgan and company have revealed that they were going to announce a 25th anniversary world arena tour this Friday on the official Mellon Collie anniversary date, but the COVID-19 pandemic threw a wrench in those plans. The Pumpkins have since rescheduled the tour for 2021; exact details about the itinerary are forthcoming.

Second, a new album characterized as a "sequel" to Mellon Collie and the Pumpkins' 2000, two-part opus Machina, is in the works, and is set to be released in late 2021. That record is in addition to the upcoming double-album CYR, which is due out November 27.

Additionally, the Pumpkins have teamed up with the streetwear brand HUF Worldwide to launch a new, Mellon Collie-inspired apparel line.