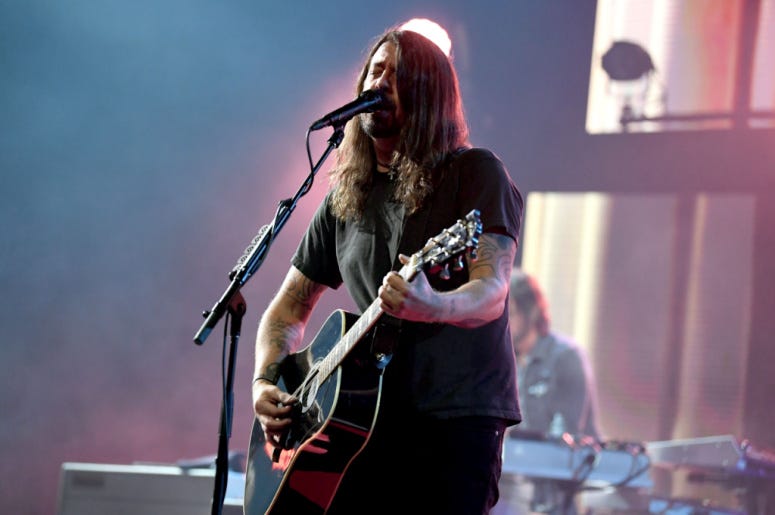 Foo Fighters play with funk and dance influences on their new album Medicine at Midnight, and now they've taken that up a level with a cover of the Bee Gees song "You Should Be Dancing."

Dave Grohl and company performed the disco classic for BBC Radio 2. They fully embraced the sound of the original in all of its '70s glory, with Grohl singing in falsetto throughout most of the song.

In case you missed it, Foos caught up with @jowhiley on @BBCRadio2 and premiered the 'Dee Gees.' 🕺 Check out the cover now on @BBCSounds: https://t.co/RuhWFbKtKh pic.twitter.com/6QZ994Af2o

In an interview with host Jo Whiley, Grohl explains that when he and the Foos first thought of covering "You Should Be Dancing," they decided they should "do it like the Bee Gees."

"Let me tell you, I have never, ever, in my life, sung like that," Grohl says. "But it was the easiest song I have ever sung in my entire life."

Foo Fighters released Medicine at Midnight, their 10th studio album, earlier in February. It includes the singles "Shame Shame" and "Waiting on a War."