EL SEGUNDO, Calif. (WBBM NEWSRADIO) -- Mattel announced Tuesday that the Barbie 2020 Campaign Team is set to expose all girls to public leadership roles and pique their interest in shaping the future.

The new doll set includes four diverse dolls with roles that make a winning campaign, including candidate, campaign manager, fundraiser, and voter, "to show girls the importance of a political team working together to win," Mattel said in a release.

According to Mattel, with seven runs for office since 1992, Barbie has a long history of showing girls they can and should be in office. Ahead of the 2020 election, Barbie is launching this new doll set, alongside a full marketing program aimed at the next generation of leaders by highlighting the importance of voting, taking a stand, and showing girls how to run a campaign.

The set highlights dolls of different ethnicities, including a black candidate, to remind all girls they can lead from the polls to the podium. 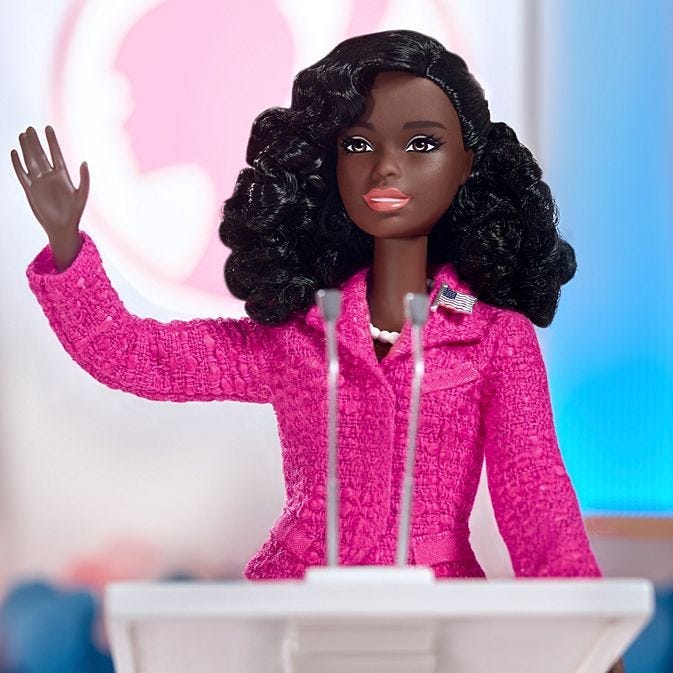 “Since 1959, Barbie has championed girls and encouraged them to be leaders whether in the classroom, community or someday, of the country,” said Lisa McKnight, SVP and Global Head of Barbie & Dolls, Mattel, in a statement. “With less than a third of elected leaders in the U.S. being women, and black women being even less represented in these positions, we designed the Barbie Campaign Team with a diverse set of dolls to show all girls they can raise their voices. Our goal is to remove barriers to leadership by giving girls the tools to imagine and play out their future roles.” 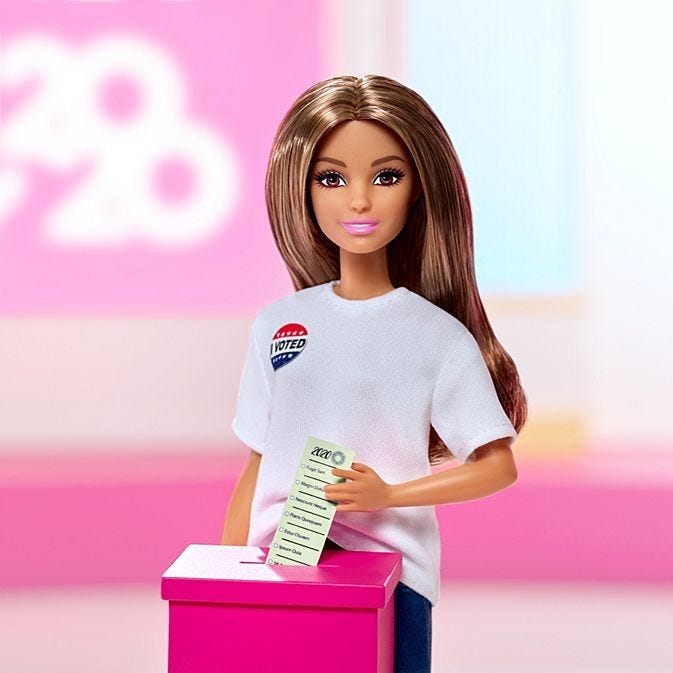 Additional educational resources for children that accompany the set, including play ballots and printable activities, prompts for girls to write their own campaign speeches and more will be available on Barbie.com/CampaignTeam and a new “Ask Barbie” video will be live on the Barbie YouTube channel.

Barbie has also teamed up with She Should Run, a non-partisan non-profit that provides guidance and support to women considering a run for office, Mattel said. With a continued effort on determining how to foster girls’ leadership ambition, Barbie and She Should Run are directly addressing the top barriers to girls’ leadership, which are "self-limiting beliefs that are in line with what the brand seeks to address through the Barbie Dream Gap Project," the company said in a release.

She Should Run, a "longtime partner" of the brand and beneficiary of funds from the Barbie Dream Gap Project, has dedicated some of its resources to the "Help Her Lead" course, a course designed to support young girls, particularly girls of color, in their pathway to political leadership by giving adult role models the resources and guidance to engage and inspire them early in life. 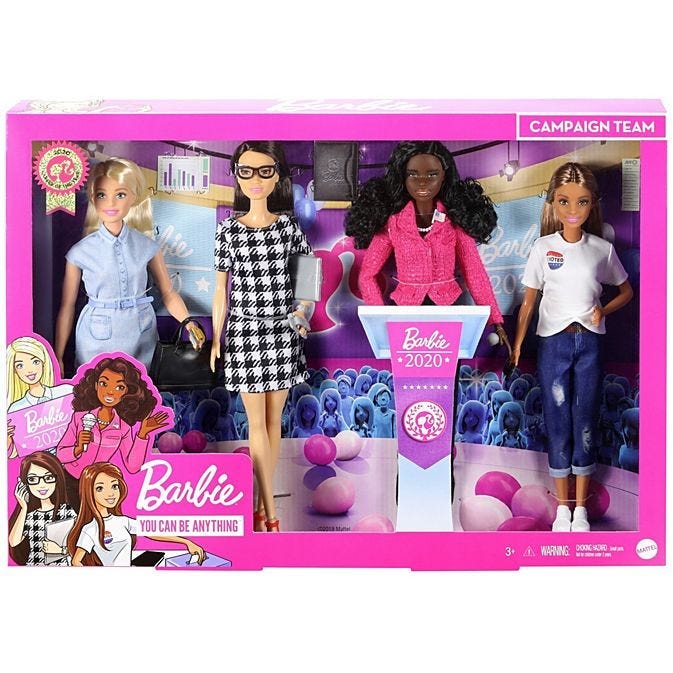 “With the upcoming elections and the current push for equality and representation, 2020 is an incredible time for us to inspire young women and girls to lead,” said Erin Loos Cutraro, founder and CEO of She Should Run, in a statement. “Understanding the role we play in empowering our daughters is the first step—we have to have healthy conversations at home and encourage curiosity. By getting them excited today, we’re giving them the confidence to raise their voices and run for office tomorrow.”

The Barbie Career of the Year Campaign Team giftset with four 12-inch dolls and accessories costs $39.99 and is available from major online retailers now.