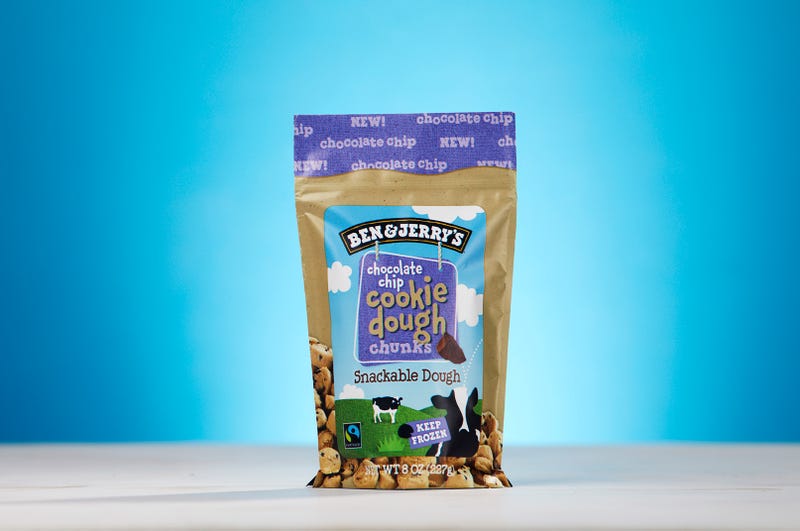 We can all agree that the best part about making cookies is licking the bowl clean at the end. Actually, there may not even be a good case for making cookies at all when you could just scoop the dough out and eat it with a spoon. And apparently the good people at Ben & Jerry’s agree, because they announced yesterday that they’d be shipping out bags containing nothing but cookie dough chunks for us all to enjoy. Perfect for snacking, the cookie dough chunks will come in three different varieties: chocolate chip, peanut butter chocolate chip and vegan. And for those of you with mothers who always told you raw cookie dough wasn’t safe to eat because of the raw eggs in it, Ben & Jerry’s is here for you. The dough is made with pasteurized eggs and heat treated flour.

According Ben & Jerry’s innovation manager Jody Eley, the makers of punny and delicious ice cream actually snuck some of the dough into stores last year. You might have missed it though, because apparently it didn’t stay there very long. “During a short market test in Vermont last summer, fans snatched up the dough in record time. Bags flew off the shelves in mere days and stores couldn’t keep the delicious dough bites in stock.” If Eley sounds a little over the top about the cookie dough, that’s probably just because you haven’t had the pleasure of eating it yet.

Keep your eyes peeled over the next few weeks. You’ll be able to find all three flavors of the dough in half pound bags at grocery stores and in Ben & Jerry’s scoop shops nationwide at some point in April.