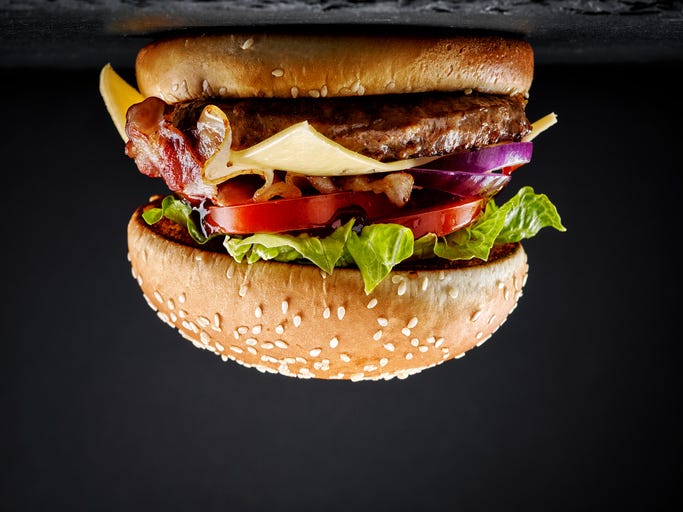 You can now eat a Whopper like a Demogorgon!

Burger King is teaming up with Netflix to debut a new “Upside Down Whopper" to celebrate the upcoming Season 3 premiere of "Stranger Things," USA Today reports.

The fast-food chain is flipping its signature Whopper sandwich as a reference to the show’s alternate dimension known as the Upside Down.

welcome to hawki—er, burger king. would you like an upside down whopper?

served upside down at select bk locations on June 21.

a partnership with Coca-Cola and Netflix. pic.twitter.com/K4zNuJaVnD

The Upside Down Whopper will be exactly like the classic everyone loves but with the top sesame seed bun on the bottom and the bottom bun on top. Frightening!

To keep with the retro vibe of the 1985-set third season of the series, BK will also offer the Upside Down Whoppers in classic packaging from the mid-80s.

Fans in other parts of the country will have to make due by trying to flip the Whopper on their own.

In addition, Burger King will offer value deals entitled "Hopper Meals," named after the show’s police chief Jim Hopper, which include the Upside Down Whopper, small fries, and a drink.

They’ll be available through DoorDash for $5 by using the code “Stranger” at checkout, and customers will also get access to exclusive content from the Netflix series.

So, between the Upside Down Whopper, the return of New Coke and all the Baskin-Robbins treats, your "Stranger Things" diet is now complete.