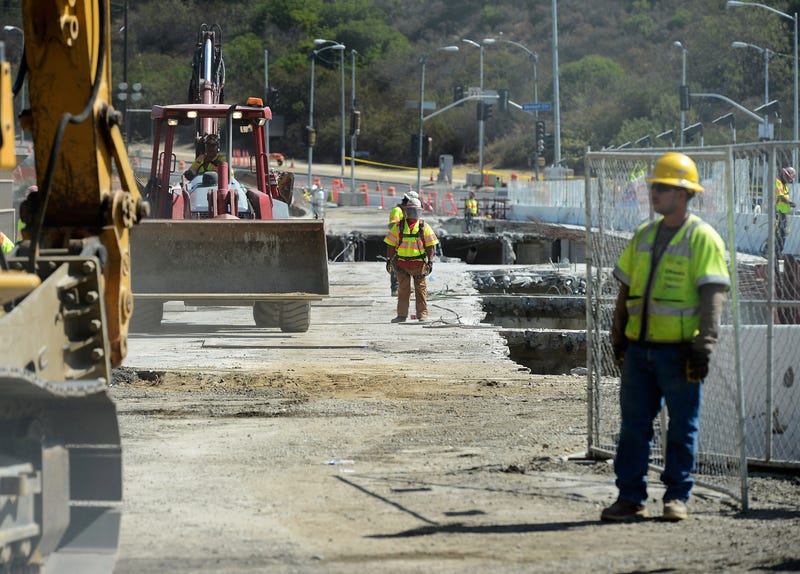 America is in the midst of an infrastructure crisis. In the five-part series "The Break Down: Road Work Ahead," this crisis -- with a focus on our roads -- is examined, along with the costs and solutions to remedy the problem.

By Al Jones and Steve Burns

NEW YORK (1010 WINS) -- Tom DeVito does some very good business, thanks to a very bad highway.

"I've had already three tires come in here,” DeVito, who owns Rapid Tire Service in Sunset Park, Brooklyn, said. "People hit potholes or road plates. You know when they have road plates? When they hit that at a certain angle, it just breaks the tire, breaks the rim."

DeVito's business is almost in the shadow of one of the most detested highways in the country, the Gowanus Expressway.

“They’re constantly coming here with damaged equipment,” he said as a massive drill whirred behind him, taking some lug nuts off a busted bus wheel. “But according to the city, this road was just rebuilt.”

Part 1: THE OVERVIEW: Why America's infrastructure crisis is so problematic

Part 2: CRUNCHING THE NUMBERS: From wasted time & money to lost lives, crunching the numbers of the infrastructure crisis

Part 3: THE COST: How much will it cost to fix the nation's roads ... and who will pay for it?

Part 4: SOLUTIONS: How some cities, states are fixing their infrastructure crisis

The Gowanus is perhaps one of the most glaring examples of a growing problem across the country: Quickly deteriorating roads, and governments that simply can’t keep up with the repair bill.

“It’s almost like the person who bought more house than they could maintain, and as a result, they can’t keep up with the maintenance job on this big, old house that they have,” University of Virginia historian Peter Norton explained. “We have a big old house in the form of the Interstate Highway system, and it’s tough to maintain.”

The numbers certainly bear that out. The U.S. Department of Transportation pegs the nation's current backlog of road repairs at $836 billion. Four out of every ten bridges across the country need to be repaired or replaced, according to the Federal Highway Administration.

To make matters worse, the money to make those repairs isn’t there now, and likely won’t be in the future. The Federal Highway Trust Fund is likely to go into the red over the next decade.

But the visceral reaction many of us have had to our broken down, clogged roads has only worsened the problem, Norton said.

“The very term ‘infrastructure crisis’ is used not only to warn that we have a maintenance problem,” he said. “But it’s also used to promote even more road building, which of course creates an even bigger long-term maintenance problem.”

And what many consider a common sense solution -- adding more lanes to alleviate traffic -- has only been shown to make the problem worse. 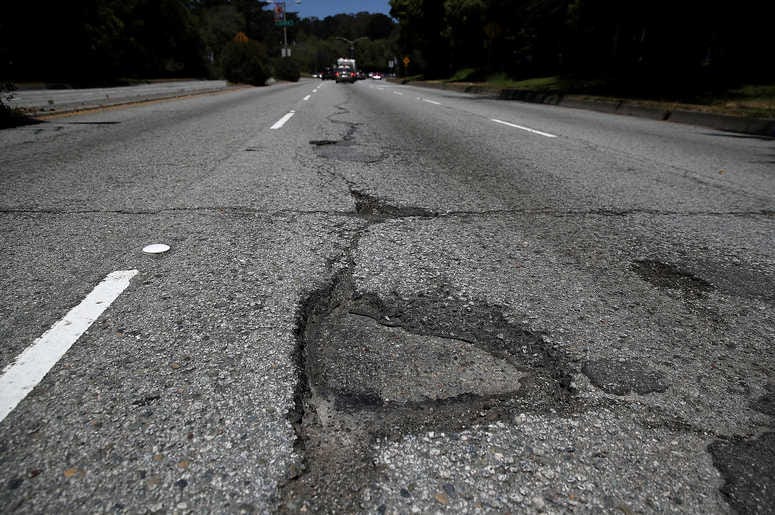 Drivers on the prodigiously packed Interstate 405 in Los Angeles found that out the hard way. After enduring three years of construction -- and even some weekends of complete closures -- with a price tag north of $1 billion, a new lane was unveiled. Traffic continued to crawl.

To UCLA Urban Planning Professor Mike Manville, this was no surprise, thanks to a concept in his field known as "induced demand." Basically, if you build it, the cars will come.

“Anything that you’re doing to try and add capacity will not reduce congestion for the simple reason that what adding capacity does is it makes it more attractive to use that road,” Manville said.

He continued, "It lowers the price in time of using the road, and you can’t reduce congestion by making driving on a busy road at a busy time less expensive. It becomes fundamentally self undermining."

That concept has been borne out time and again on busy urban highways, leaving governments with the same or worse traffic, and an even bigger maintenance bill.

That bill is growing even bigger thanks to the already-apparent effects of climate change. 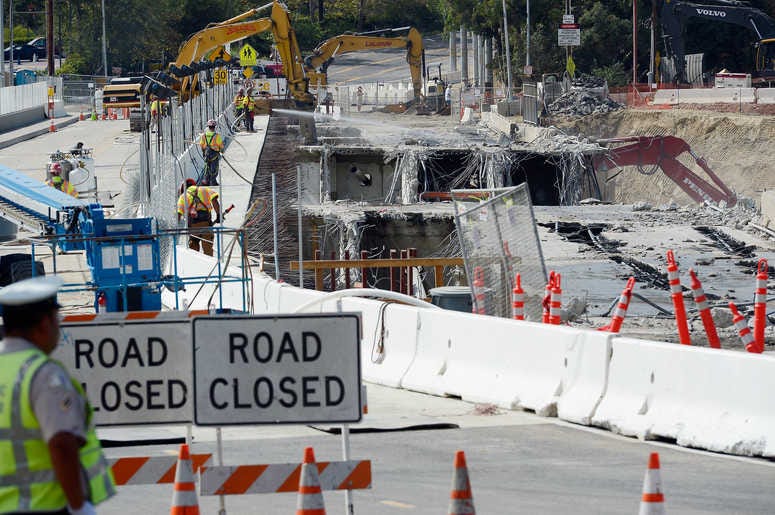 Roads are built using materials corresponding to temperature ranges around them. Asphalt in Chicago is much different from asphalt in Los Angeles. But the data being used by highway departments are getting outdated, and it’s beginning to show.

The result, he said, is roads that fall apart faster.

“Instead of having to resurface the road every 15 years, now we’re going to be resurfacing it every 12 years, or more frequently,” Underwood said. “In the aggregate, over time, that adds up to costs.” 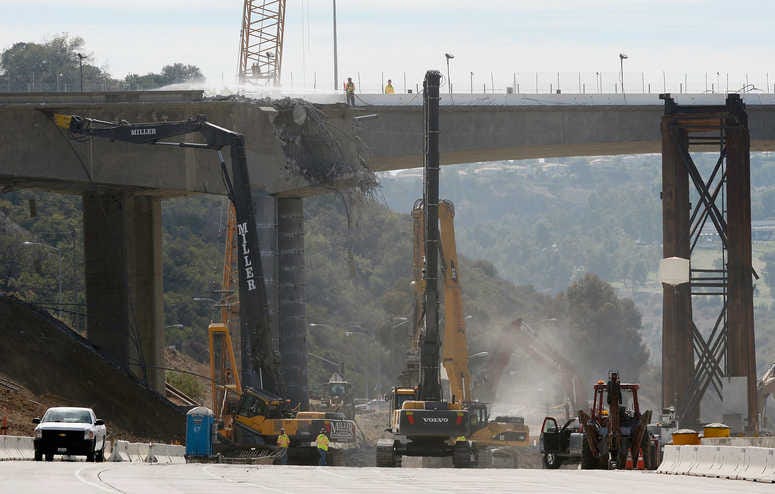 In Underwood’s assessment, too much road repair work has been patchwork -- putting a band-aid on something that needs major surgery. That has only led to worse conditions.

“(A road) can go from looking good to looking poor in a relatively short period of time. And once you’ve crossed that inflection point, it’s really hard to bring it back,” he said. “So if you’ve deferred enough roads past that point, it’s very hard to patch them back together, to preserve them.”

That’s where a lot of U.S. drivers find their roads -- damaged almost beyond repair, with no clear plan for anything new. The economic effects of this inefficient, rage-inducing transportation system cannot be overstated.

“Other countries are going to be building high-speed rail, while we can barely fill our potholes and take care of the 47,000 structurally deficient bridges in the United States today,” former New York City Transportation Commissioner Janette Sadik-Khan said. “This is not a working strategy.”

If nothing else, that strategy is at least keeping DeVito busy.

“There’s nothing anybody can do about it.”