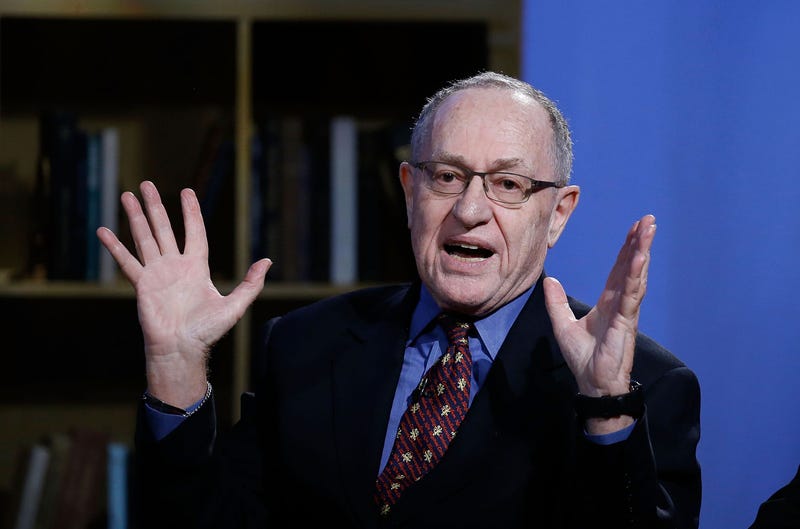 NEW YORK (WCBS 880) – President Donald Trump’s legal defense team is working toward a Monday deadline to submit a defense brief against charges filed by House prosecutors in the Senate trial that is set to begin in earnest next week.

Among the president’s legal team is Harvard law professor and constitutional law expert Alan Dershowitz, who says he’ll be making a constitutional argument against impeachment.

Dershowitz was a part of O.J. Simpson’s legal “dream team” and has defended several controversial clients, including Jeffrey Epstein. Despite voting for Hillary Clinton in the 2016 presidential election, Dershowitz has been a vocal defender of Trump, going so far as to write a book called “The Case Against Impeaching Trump.”

Dershowitz spoke with WCBS 880’s John Metaxas on Saturday about the responsibility he’ll have in the impeachment trial, emphasizing that he’s playing “a limited role in the defense.”

Dershowitz said that means he’s acting as a lawyer on the president’s side of the impeachment issue, appearing in a “limited capacity focusing.”

“I am an advocate,” he said. “But I’m not a full-fledged member of the team in the sense that I am not participating in strategic decisions. I’m not getting involved in the facts,” he said.

Dershowitz said he’s strongly opposed to the two articles of impeachment presented by the House and wants to argue against them on behalf of the president.

“The beneficiary of those arguments will be President Trump, so definitely I'm on his side,” Dershowitz said. “But it would be misleading to think of me as somebody like Jay Sekulow or Pat Cipollone or some of the others who are organizing and directing the whole defense that's not the role I've agreed to perform.”

Dershowitz said he would be making the exact same argument if Hillary Clinton had been elected and were impeached.

He said he’s a liberal Democrat who voted for Hillary Clinton but that he won’t allow his partisan interests to impact his constitutional analysis.

“I've maintained a consistent position over the past half-century, which is a lot more than I can say for some of my friends and colleagues who don't seem to pass the shoe-on-the-other-foot test. For them, it depends on whether it's a Democrat or Republican who is being impeached,” he said.

Asked if Trump’s defense is going to be that a president withholding aid and pressing for a favor from Ukraine is not an abuse of power, Dershowitz said that will be a part of the defense but that “I think the defense will also be that he didn’t do it, but I’m not involved in that part of it.”

So far Trump has not allowed administration officials to testify in the Senate trial and hasn’t produced documents that have been requested by Democrats. Asked if that is an obstruction of Congress, Dershowitz said it is not.

“That’s the president's right,” he said. “All presidents have that right to demand that the legislature go to court, and if the court ordered the president to produce something and he refused to produce it that would be very different.”