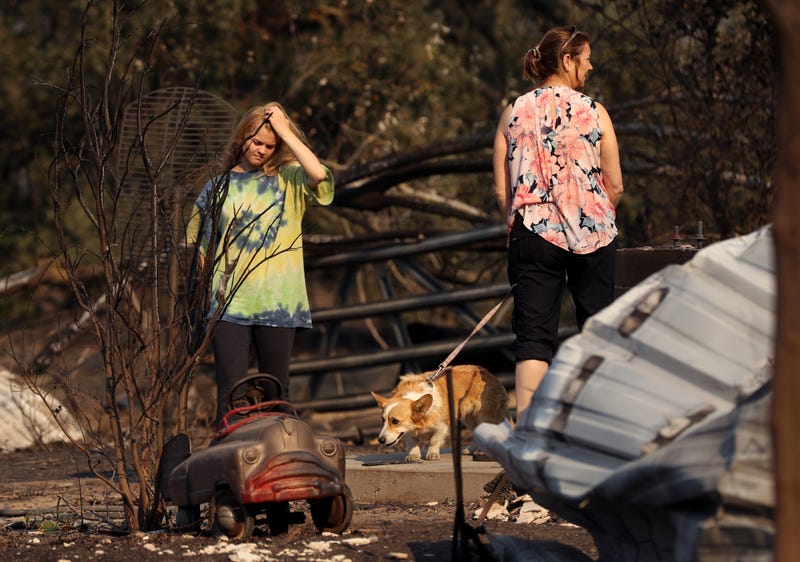 Photo credit Justin Sullivan/Getty Images
By KCBS All News 106.9FM and 740AM

(KCBS) The Kincade Fire grew slowly overnight to 75,415 acres Tuesday morning while firefighters in Sonoma County and across the region braced for the return of strong winds that could quickly spread flames over long distances.

The Kincade Fire had added 1,091 acres to its path of destruction between Monday evening and Tuesday morning, Cal Fire said.

In all, nearly 118 square miles have been scorched since the fire started October 23.

Firefighters maintained 15% containment of the fire.

Full containment of the Kincade Fire is expected on November 7, according to authorities, but flames may not be completely extinguished for weeks after that.

The fire has destroyed 123 structures, including 57 homes and five businesses, Cal Fire said.

Two firefighters have been injured, but there have been no civilian deaths or reports of missing people. Although some evacuation orders have been lifted, tens of thousands of residents remain unable to return home.

The cause of the fire is under investigation, but PG&E has admitted that its equipment malfunctioned at a time and place close to the start of the Kincade Fire.

Even more customers in the Bay Area and Northern California are without electricity or expecting to lose power again on Tuesday. PG&E has announced its fourth Public Safety Power Shutoff of the month in an attempt to prevent damaged or faulty equipment from sparking wildfires.

A red flag warning is already in effect in the North Bay until 4 p.m. Wednesday while parts of the East Bay, Peninsula and Santa Cruz mountains will see a warning in effect from 1 p.m. today until 4 p.m. tomorrow.