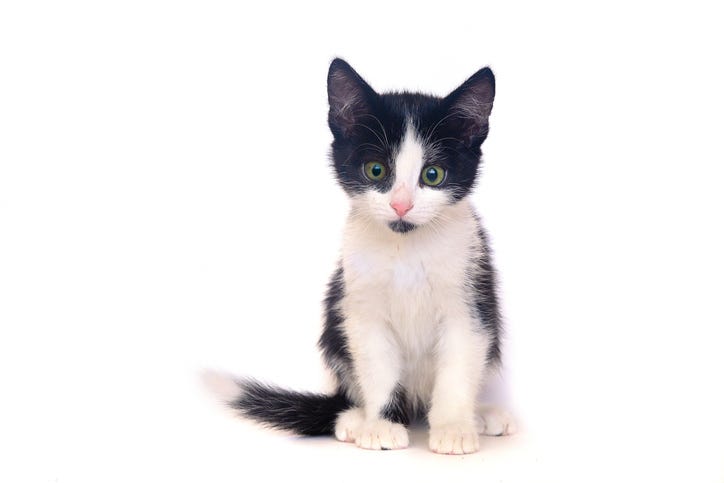 A six-month-old kitten narrowly escaped with her life when she accidentally got caught in a washing machine.

Poppy's owner, Kim Burr, was getting some laundry done. After starting the washing machine cycle and heading to bed, Burr recalls the moment she realized she hadn’t seen Poppy in a while.  She began a family-wide effort to search for the missing kitty – getting cat treats out, scanning the house, and attempting to lure Poppy back into sight.

Eventually, Burr returned to the washing machine to unload wet clothes when she found a very limp, barely-conscious Poppy amongst the garments. The family quickly rushed the kitten to a nearby animal hospital.

She was immediately treated by veterinarian Dr. Tim Laws, who explained to the Australian Broadcasting Corporation, “It’s quite amazing that she’s survived it and that she didn’t drown. I’ve seen some unusual things in my time, but I’ve never seen a cat do this before.”

'She would have gone through the spin cycle': Kitten survives 30-minutes in washing machine https://t.co/vcKId63SFJ

While Poppy suffered from a low body temperature and lack of oxygen, there were no signs of broken bones or long-lasting injuries. After two short days on IV fluids, Poppy returned home to her family.

Burr reports that while she was concerned about Poppy learning to trust her family again, the miracle kitten has returned to her cuddly and playful self. “It worried me after what happened, and I thought maybe she wouldn’t like us, wouldn’t let us cuddle her or pick her up,” she says, “but she’s totally back to normal.” Talk about nine lives!