NEW YORK (1010 WINS) -- A group of teenage girls attacked a New Jersey Dunkin’ Donuts manager and two customers after they were asked to leave the store because they weren't wearing face coverings, according to reports.

Six of seven girls walked into a Dunkin’ Donuts on Bloomfield Avenue in Montclair on Aug. 26 and asked for free donuts, Patch reported.

The girls, who weren’t wearing face coverings, were asked to leave the store, according to the outlet. 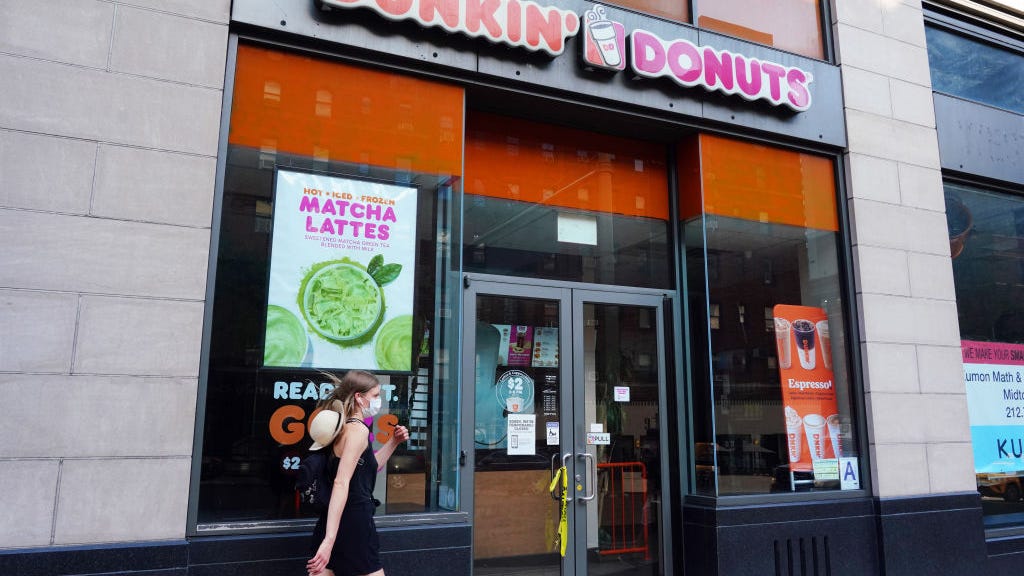 The Internet Is Obsessed With Dunkin’s Viral ‘Pumpkin Tasty’ Sign

"One female assaulted the manager while another attempted to get behind the counter. Two customers observed the altercation and attempted to intervene," police told the outlet, calling the girls "unruly." "The females reportedly attacked the customers before fleeing towards Church Street."

No one was seriously injured by the attacks, the outlet reported. An investigation is ongoing.