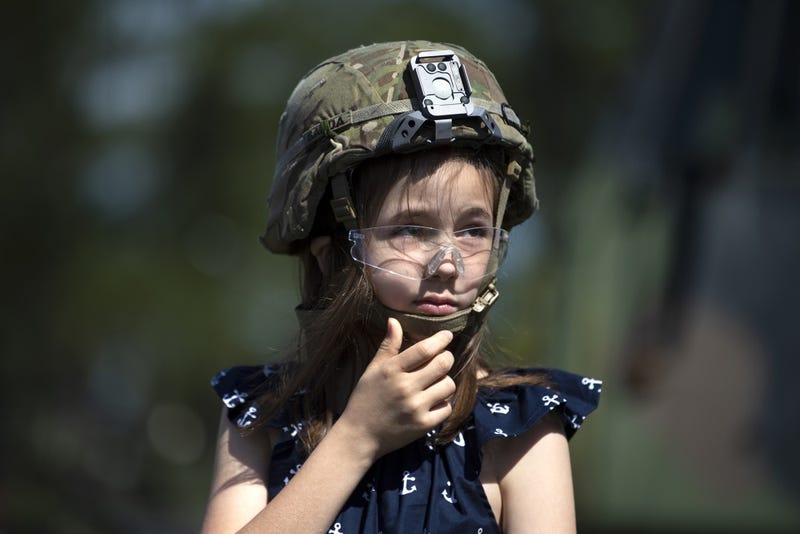 (Connecting Vets) - Not all children born to American service members outside of the U.S. will automatically be citizens, according to a new policy change from the U.S. Citizenship and Immigration Services.

The USCIS has a long list of categories that would exempt military kids from this policy, but the change could still complicate the citizenship process for some military families.

Previously, children born to parents who were U.S. citizens serving in foreign countries were automatically granted citizenship. But this new policy change, which begins Oct. 29, applies to some children born on U.S. military installations in other nations or at diplomatic facilities. The policy change means those children will not be considered as residing in the U.S., which alters how those children potentially become citizens.

The parents of those children will now have to apply for American citizenship for their child before they turn 18.

"Certain children of U.S. service members may complete the process outside of the United States without having to travel to the United States," USCIS said in a statement about the policy. Children of U.S. government employees born overseas, also subject to the new policy, must enter the U.S. legally with a visa to take the Oath of Allegiance to complete the citizenship process.

The policy change appears to focus primarily on children born to parents who have not lived in the U.S. for several years, or who are not U.S. citizens themselves.

The policy change addresses how "residence" is defined in the Immigration and Nationality Act and affects primarily children of service members who did not have citizenship at birth or while they were living in the United States.

"The policy change explains that we will not consider children who live abroad with their parents to be residing in the United States even if their parents are U.S. government employees or U.S. service members stationed outside the United States, and as a result, these children will no longer be considered to have acquired citizenship automatically," USCIS spokeswoman Meredith Parker said in a statement to Connecting Vets.

Concern following the announcement of the policy change prompted USCIS Acting Director Ken Cuccinelli to release a statement that said "this policy update does not affect who is born a U.S. citizen, period.

"This only affects children who were born outside the United States and were not U.S. citizens. This does not impact birthright citizenship. This policy update does not deny citizenship to the children of U.S. government employees or members of the military born abroad. This policy aligns USCIS' process with the Department of State's procedure, that's it."

Section 320 of the Immigration and Nationality Act says children born outside the U.S. can receive automatic citizenship if they are living with their parent, who is a U.S. citizen.

But Section 320 no longer applies to children living with their parent overseas under the new policy change. Parents of those children must now file a form to apply for citizenship for the child.

Parents who are U.S. citizens, and whose child is born outside the U.S. on a military installation or at an off-post hospital overseas can apply for a Consular Report of Birth Abroad from the State Department or a Certificate of Citizenship from the USCIS for their child to be ruled a citizen at their time of birth, according to USCIS.

Military installations outside the U.S. are not considered U.S. soil for the purposes of birthright citizenship, so, according to USCIS, children born there gain citizenship through their parents -- not because of where they were born.