(WFAN) - In 2019, Mariano Rivera became the first baseball player ever unanimously voted into the Hall of Fame. In 2020, Derek Jeter won’t be a unanimous selection, but he might be relatively close to it.

Jeter is considered a surefire Hall of Famer when he becomes eligible next year. The former Yankees shortstop was a tremendous player, but now his career in baseball after his playing career could cause some issues at his looming enshrinement in Cooperstown.

Jeter is CEO and part owner of the Miami Marlins. When his ownership group took over in 2017, Hall of Famers Andre Dawson and Tony Perez were let go from their special assistant positions with the team. Both Dawson and Perez told Bleacher Report that they won’t want to attend Jeter’s ceremony next year.

"I sincerely doubt [that I will go] at this point," Dawson said to Bleacher Report. "All indications are likely not.” 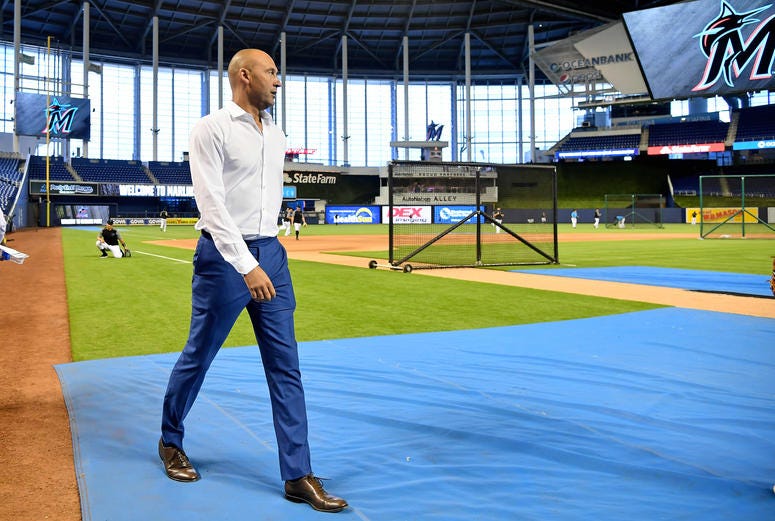 Perez wouldn’t say whether he would attend or not, but he also seemed uncomfortable with the prospect of being there.

“It wasn't nice, what happened at the end," Perez told Bleacher Report. "For me it was more than insult personally the way everything was handled. Even with the kind of offer they made going forward. I just felt disrespected, in a sense. I have a lot of pride. For me, that's kind of where I am with that whole process. It is what it is.”

Jeter has received plenty of criticism in his time with the Marlins. The team has struggled heavily on the field as it continues to go through a deep rebuild. But Jeter’s tenure in South Florida has also been marked by some uncomfortable situations off the field, such as this one with Dawson and Perez. The firings were made worse as Jeter asked outgoing Marlins president David Samson to do them, and has since never reached out to either Dawson or Perez.

Dawson was elected to the Hall in 2010, in his ninth year of eligibility after a career spent mostly with the Expos and Cubs. Perez had his best days with the Reds and was enshrined in 2000. Dawson briefly played for the Marlins, and Perez briefly coached them.