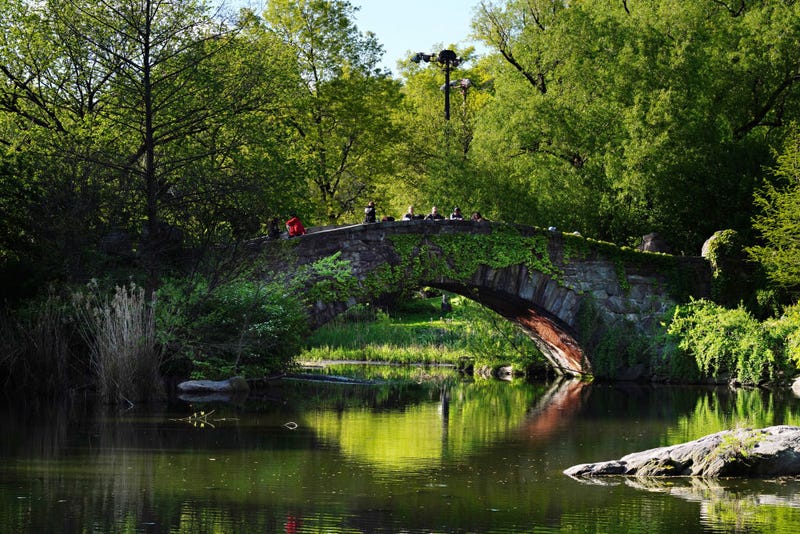 The woman at the center of a viral video shot in Central Park -- during which she calls police and claims an African-American man is threatening her and her dog -- has been fired by her investment firm employer, Franklin Templeton, the company announced Tuesday afternoon.

"Following our internal review of the incident in Central Park yesterday, we have made the decision to terminate the employee involved, effective immediately. We do not tolerate racism of any kind at Franklin Templeton," the company announced.

Oh, when Karens take a walk with their dogs off leash in the famous Bramble in NY’s Central Park, where it is clearly posted on signs that dogs MUST be leashed at all times, and someone like my brother (an avid birder) politely asks her to put her dog on the leash. pic.twitter.com/3YnzuATsDm

The confrontation began when the man asked her to leash her dog in Central Park.

Christian Cooper captured the exchange on his phone and was posted to Twitter by his sister.

The woman is seen on video asking Cooper to stop recording her and then threatened to call NYPD and tell them "there's an African American man threatening my life."

Oh, when Karens take a walk with their dogs off leash in the famous Bramble in NY’s Central Park, where it is clearly posted on signs that dogs MUST be leashed at all times, and someone like my brother (an avid birder) politely asks her to put her dog on the leash. pic.twitter.com/3YnzuATsDm

The woman, later identified as Amy Cooper, repeated the statement several times, while on the phone appearing to call 911.

"There is an African-American man. I am in Central Park. He is recording me and threatening myself and my dog," she said repeatedly.

While on the phone, the woman is seen grappling with her dog, lifting it up and pulling it by its collar numerous times.

"We live in an age of Ahmaud Arbery where black men are gunned down because of assumptions people make about black men, black people, and I’m just not going to participate in that," Christian tells NBC New York.

Once Amy finally puts leashes her dog, Christian stops recording and is heard telling her, "Thank you."

Officials determined the incident was a "verbal dispute" and said no complaints or arrests were made.

"We’re not going to pursue that,” NYPD First Deputy Commissioner Benjamin Tucker told PIX 11 on Tuesday. "We’ve got bigger fish to fry, I think, and the DA would never prosecute that. It’s not even clear that it would be actionable in terms of any violation."

Tucker added that it was "an unfortunate incident, and frankly, it’s hard to understand what she did."

Amy Cooper told CNN she wanted to "publicly apologize to everyone."

"I'm not a racist. I did not mean to harm that man in any way," she said, adding that she also didn't mean any harm to the African American community.

Thank you to the concerned public for reaching out to us about a video involving a dog that was adopted from our rescue a few years ago. As of this evening, the owner has voluntarily surrendered the dog in question to our rescue while this matter is being addressed. 1/2

"The dog is now in our rescue’s care and he is safe and in good health," the rescue tweeted.

Our mission remains the health and safety of our rescued dogs. The dog is now in our rescue’s care and he is safe and in good health. We will not be responding to any further inquiries about the situation, either publicly or privately. TY for your understanding. 2/2

"This apology is totally inadequate," City Councilman Mark Levine tweeted. "Reflects no acknowledgment that she made a false accusation nor that she was attempting to weaponize the race of Mr. Cooper."

He calls the incident "disgusting," and "there needs to be accountability for this," Levine adds.

Filling a false police report is a crime.

Being racist is reprehensible.

There needs to be accountability for this. Disgusting. https://t.co/XURqxDPj0V