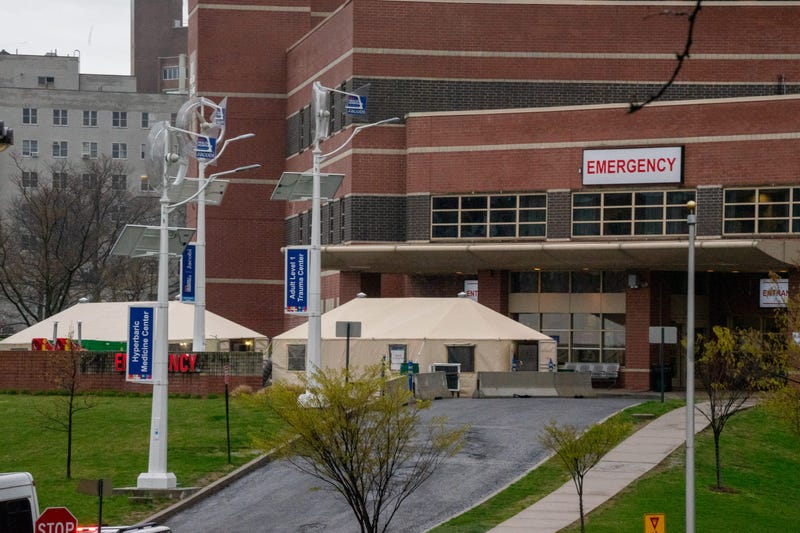 A former coronavirus patient in the Bronx is spreading hope through his story of miraculously recovering from the disease after being intubated in the ICU.

Eric Quiles, 34, said he’s indebted to the medical staff at Jacobi Medical Center after being discharged on Thursday.

“I went from ‘see you later’ to possibly never seeing them ever,” Quiles said. “It was very traumatic.”

The father of four told CBS2 that he was admitted to a hospital after having difficulty breathing on March 29 and days later was placed on a ventilator.

Here is Mr. Eric Quiles describing his experience being discharged after 5 days on a ventilator ⁦@NYCHealthSystem⁩ Jacobi.

It is an honor to care for you and the community #InTheBronx. Thank you for sharing your story#COVID19 #HealthcareHeroes https://t.co/7rR2zloYnF

“It was just a different ventilator strategy than we started using, which we found to be very helpful, and then certain medications also that we've added to our repertoire of taking care of these patients,” Reddy said.

At a time when the hospital said most of its ventilated patients don’t recover, Quiles’ story has become a sign of hope.

sports
'I hope you get to go out the right way': Nolan Arenado sends love to Albert Pujols
music
Pearl Jam is unleashing an archive of almost 200 live shows
sports
Pedro Martinez calls Angels’ treatment of Albert Pujols ‘shameful’ after release
music
Read the just released FBI records related to Kurt Cobain’s death
i'm listening
How Nancy Wilson’s childhood experiences helped her mental health during the pandemic
music
Mike Epps on his U.S. Tour: 'It's time for us to get out and laugh'