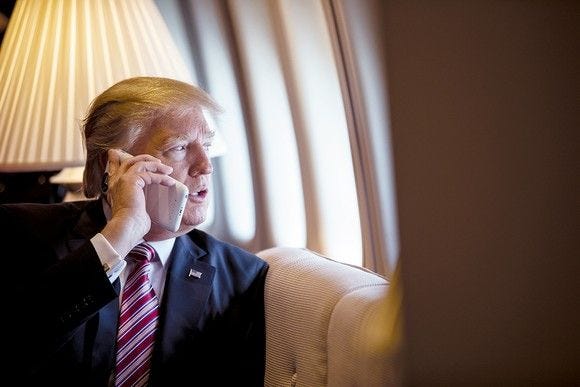 (1010 WINS) – President Trump’s aides considered asking Twitter to impose a 15-minute delay on his tweets, according to a new report.

“He needs to tweet like we need to eat,” Trump’s White House counselor Kellyanne Conway told the New York Times for a story published Sunday that lays out how the president’s tweets have shaped the presidency.

According to the times, he has tweeted more than 11,390 times since taking office 33 months ago. Tweets attacking other people are the president's favorite messages to send out, with more than 5,800 such tweets. More than 4,800 of his tweets praised other people.

The report says aides eventually embraced the power of the president’s tweets.

“Boom. I press it,” Trump said at White House conference. “And within two seconds, ‘We have breaking news.’”