Six Flags Discovery Kingdom in Vallejo welcomed back guests on Thursday with a limited-time animals-only experience, which means no rides for the time being.

Instead of hearing screams from people on roller coasters, visitors will hear animal trainers talking to audience members at the dolphin show.

Lauren and her two kids returned to Discovery Kingdom for the first day of the “Marine World” experience, and said they love being able to see all the animals.

“We love being able to get out of the house,” she added.

Parents Karen and Brett agree they don’t mind the rides being shut down for now.

“We can actually go and do something besides sit at home,” Brett said. “It’s awesome.”

Karen added that there was more open than they thought there would be.

“I didn’t think these shows would be open, so it’s definitely worth coming back,” she said. 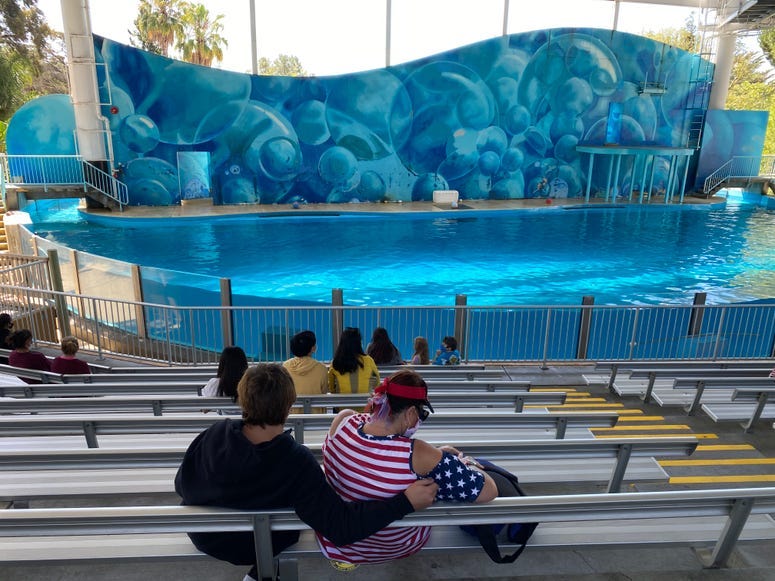 The park is also offering animal exhibits outside with areas to social distance. Outdoor entertainment is also back.

Lee Munro is an Animal Ambassador for Discovery Kingdom, and he told KCBS Radio that the animals miss seeing people in the park.

“The first thing they do when they come out is they look down the fairways and they’re like, ‘Where is everybody?’”

Munro said that the most popular animal in the park right now are the lion cubs.

“I know the listeners can’t see this, but they’re actually playing in the pool right now,” he said. “They’re so popular, they even have their own Instagram page.” 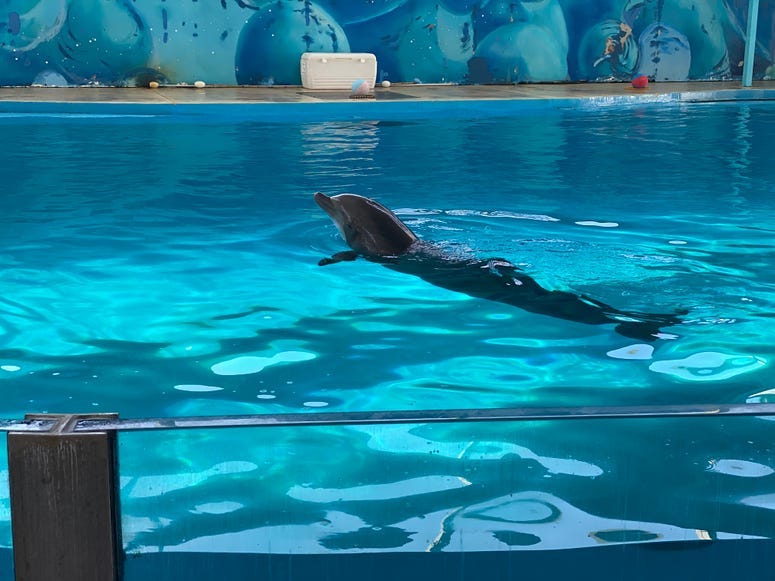 Interestingly, the cubs enjoy spotting people and tracking them, which is part of their stalking nature. KCBS Radio’s Megan Goldsby described being at the exhibit as “sort of unnerving, but very cool.”

Munro added that the cubs love to have people around because it’s how they were raised.

Park spokesman Mark Marino said when guests arrive at the front entrance gates, they’ll be asked to wear a mask, walk through a thermal temperature scanner and a touch-less bag check. 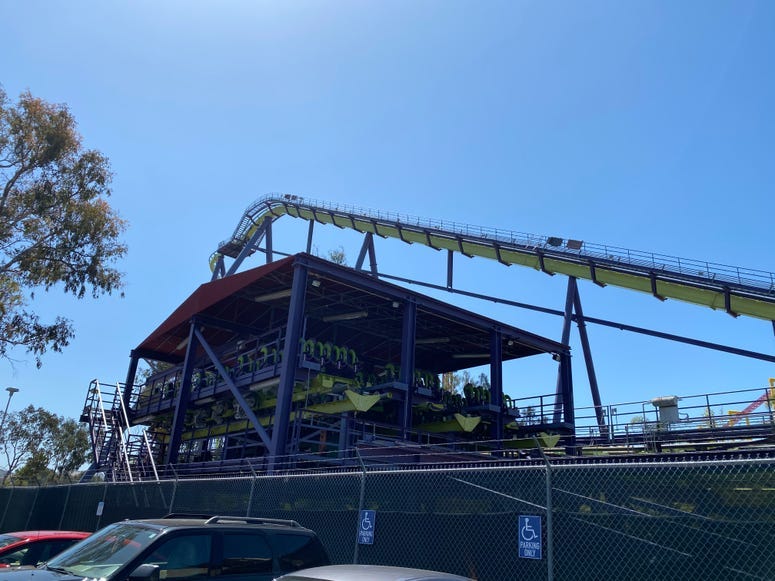 “So those days of having to empty your pockets and have your bag or purse looked through are over essentially at our park,” Marino said.

Workers are also screened daily since it has been proven that big cats can contract COVID-19 and because they can’t wear a face covering in the enclosure.

A full park reopening will be announced at a later date.

Carrie Hodousek and Megan Goldsby contibuted to this story.