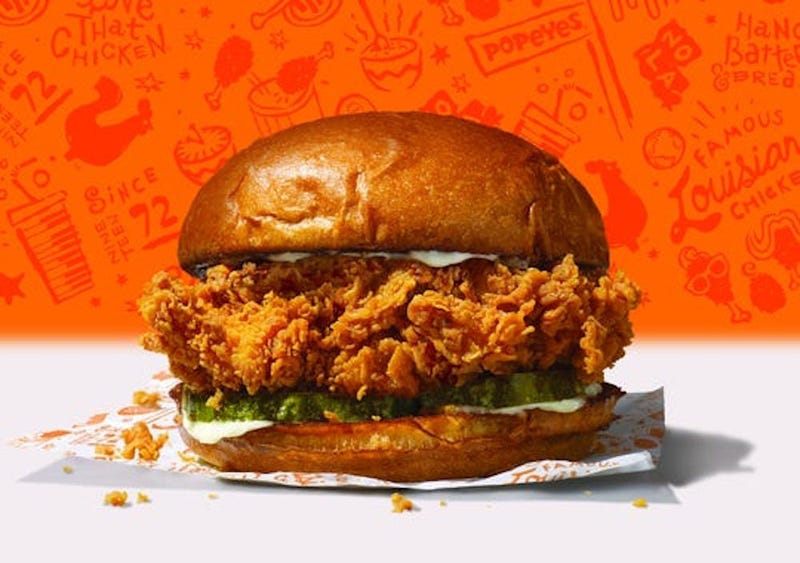 (WWL) -- A Chattanooga, Tennessee man is suing Popeyes because the fast food chain ran out of chicken sandwiches.

Craig Barr accuses the company of "false advertising, deceptive business practices, and causing him to waste 'countless time driving'" from location to location in search of the popular menu item, The Chattanooga Time Free Press reports.

Barr also claims to have suffered tire and rim damage from all the driving in his quest for the elusive sandwich, says he was swindled out of $25 by a man claiming in a Craigslist post that he could get a sandwich from a restaurant that was "hiding (them) in the back," and humiliation when his friends laughed at him.

The fried chicken sandwich became a nationwide sensation for about two weeks, with social media abuzz with stories about it, frequent comparisons to the popular Chick-Fil-A sandwich, and even a brief Twitter feud between Popeyes, Chick-Fil-A, and, strangely, Wendy's.

Earlier this week, Popeyes announced that it had exhausted its supply of sandwich ingredients nationwide due to the unprecedented rush. The chain said it thought it had enough to get through the end of September, but the demand burned through it in about a third of the time.

Y’all. We love that you love The Sandwich. Unfortunately we’re sold out (for now). pic.twitter.com/Askp7aH5Rr

Popeyes said it has ordered more and the sandwich will be back.