NEW YORK (1010 WINS) -- New York attorney Philip K. Howard, who helped organize and chaired the committee that created the “Tribute in Light” memorial for the victims of 9/11, is calling to make it permanent after it was almost canceled amid COVID-19 fears.

"It shouldn't be up to the whim of whoever's in power at any given year," Howard tells 1010 WINS.

Currently, the lights sit on the top of a parking lot owned by the MTA, and after being canceled this year, then later reversed, it underscored "the need to make the 'Tribute in Light' permanent. 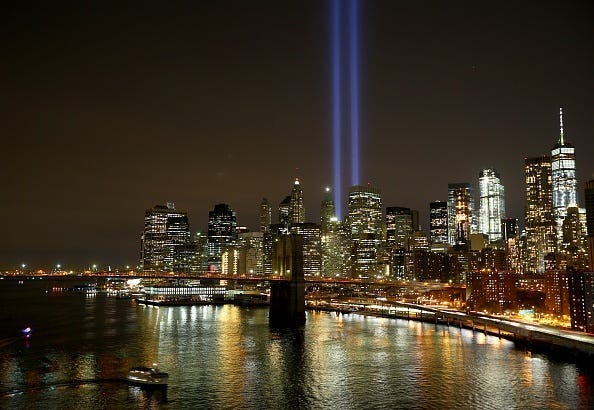 Howard suggests the lights be placed underground "where it would be invisible through most of the year," and used only when needed. Something he said there is already a design for.

"When it shines, the doors can open up and the lights can come up and memorialize this important time in our lives," he adds.