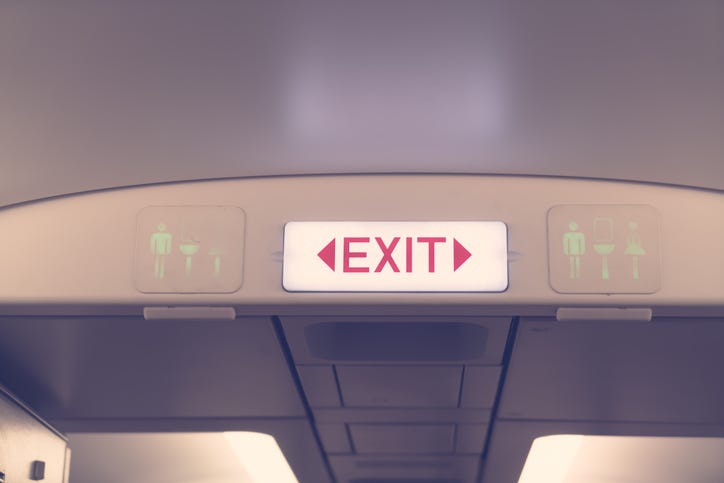 (100.3 Jack FM) - Even though the plane’s seat belt lights were on, a woman aboard a Pakistan International Airlines flight decided to get up and head to the bathroom.

Unfortunately, she did not find the bathroom in time.  In fact, the woman mistakenly opened the plane’s emergency exit door, confusing it with the facilities.  When she did that, an evacuation slide immediately deployed from under the exit door.

Because of the woman’s mistake, the flight was delayed seven hours due to airline protocol of unloading all luggage and passengers.

A PIA spokesperson said, “The PIA flight, PK 702, from Manchester to Islamabad, was delayed by seven hours.  The departure was delayed on Friday night when a passenger erroneously opened the emergency exit causing the emergency chute to activate.  As per standard operating procedure, the PIA had to offload nearly 40 passengers and their luggage.”

The delay also resulted in a ripple effect, which caused other PIA flights to become delayed.

We regret the delay of PK771, which is an unfortunate consequence of the delay of PK702, caused due to a passenger opening the emergency door. We strongly urge passengers to follow security instructions as such mishaps result in inconvenience of hundreds of other passengers.

Passengers were placated with food, while some additionally received an overnight hotel stay and transportation.