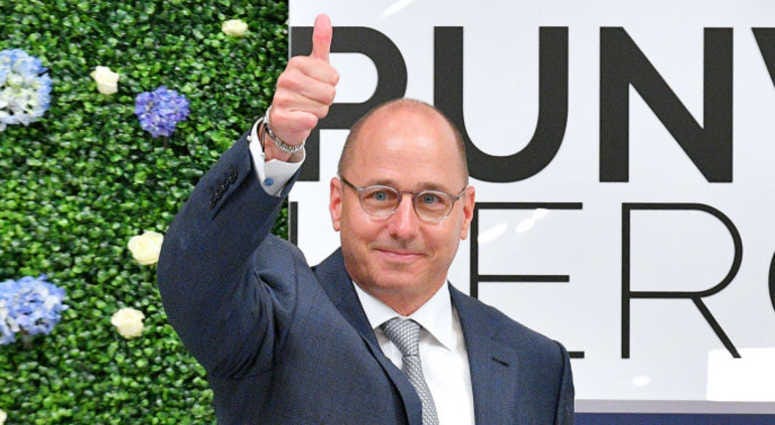 (1010 WINS) -- Yankees general manager Brian Cashman said he was stopped by police in Connecticut Friday and forced from his SUV at gunpoint by as many as nine officers as he was leaving a gas station.

In an interview with The New York Post, Cashman said his Jeep Wrangler was stolen a week ago, and even though it had since been returned to him, the NYPD had not yet cleared the vehicle from its database of stolen vehicles.

Cashman, 52, was driving to the Norwalk Police Department from Yankee Stadium to have his SUV processed for evidence, after it was found earlier this week abandoned in the Bronx, the Post reported.

On his way to Norwalk, he stopped in Darien for gas. “And that’s when apparently the circumstances radically changed,” Cashman said. “I had a welcoming committee descend upon me as I pulled out of that gas station.”

As he pulled out of the gas station, up to 5 patrol cars approached him and between 6 and 9 officers exited their vehicles with their "guns drawn," he recounted, adding "they executed a very tactful interception."

He said officers told him "not to make any rash movements" as he left his SUV.

"They searched my car, asked for ID," he said. "I explained what was going on."

Why such a reception? First off, police in Darien were already "responding to someone in a white Jeep that was brandishing a gun in a local doctor's office," Cashman said.

And when they ran Cashman's license plate, his Wrangler came up as stolen. "The NYPD never took me off the stolen car list."

After police realized the error of their ways, they escorted him to the Norwalk Police Department, to whom he had reported his Jeep stolen last Sunday. On Tuesday, the NYPD said it found the car.