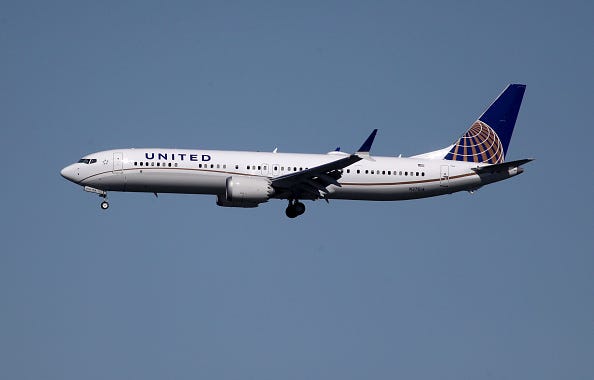 Passengers are one step closer to traveling to a galaxy far, far away.

United Airlines has partnered with Disney to promote the upcoming film “Star Wars: The Rise of the Skywalker” by outfitting an aircraft with images from the sci-fi franchise, according to the New York Post.

Traveling far, far away? There are a few things you should know.

While “Rise of the Skywalker” doesn’t hit theaters until December 20th, the wannabe Millennium Falcon will take flight beginning in November. And though it won’t travel to the dark side it will hit routes across Canada, the US, Central America and the Caribbean.

The exterior of the Boeing 737-800 has been repainted with imagery from the space saga, including the film’s logo, X-wing fighters and a lightsaber on the tail.

The cabin’s interior will be outfitted with a “Star Wars” plaque, while seat headrests will show allegiance to both The Resistance and the First Order.

Once on board passengers will travel like a Jedi by receiving “Star Wars” themed amenity kits featuring ear plugs, eye mask, socks, a toothbrush and skincare products with the film’s insignia.

And if you wait until December to travel, the film’s iconic theme music by John Williams will play as you board. Ok, now that’s something even a non-”Star Wars” fan can geek out about!

To further enhance the experience, United even cut a special five-minute in-flight safety video that includes all the routine airline protocols interspersed with appearances by fan-favorite “Star Wars” characters like C-3PO, R2D and BB-8.

"United Airlines and the “Star Wars” franchise share a common goal: connect people and unite the world," the airline said in a statement.

"We are thrilled to join forces and help promote the concluding chapter of the Skywalker story, while at the same time enlisting help from our new friends from the 'Star Wars' universe to demonstrate the importance of safety for our customers and colleagues."

So book your travel and may the flight be with you.