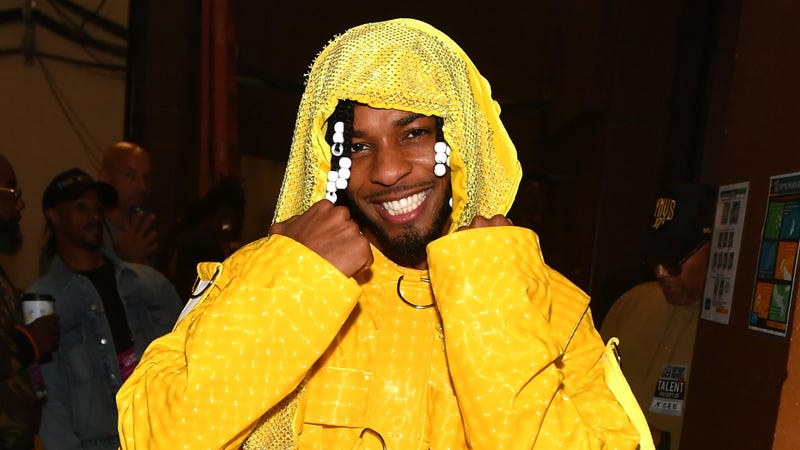 “It’s been a ride, it’s definitely been a ride, since the first TikTok released in February to the release day and til now,” Armani admitted about the bop that’s recently entered the Hot 100.

Having a hard time believing the song's streaming numbers, that have reached the hundred millions globally, Armani noted that the success of "Billie Eilish" is “not just a me thing.”

He continued, “I can’t just say I worked really hard, and that I got everything, nah — these people,” referring to TikTok and IG influencers and users, and his team at Def Jam, and more are all responsible. “We all really put hands in, and we just made it work.”

Officially signed to Def Jam, in part to a long standing friendship with the labels CEO, Tunji Balogun, Armani’s decision was also based on conversations about where he goes from here. “A lot of people were worried about what this moment was, and we were kinda of like ‘nah, this is where we’re taking it after this.’ The moment is cool or whatever but this is where we wanna take it.”

As for where Armani wants to take it, his agenda is to create “happy hood music,” which is the genre he classifies him music under.

“Being able to create that essence of music, not just in Hip Hop but being from Philadelphia… being form the same grungy city that a lot of people kind of help spread the narrative of what it is to be in Philly. I’m finding a different, brighter, more colorful way to describe my upbringing… and my surrounding. To look up at the sky that’s really cloudy and still find the sun, I think that’s really just the fiber of what ‘happy hood music’ is.”

For all that and to get to know more about Armani White than just his TikTok hit, listen to the entire interview above.