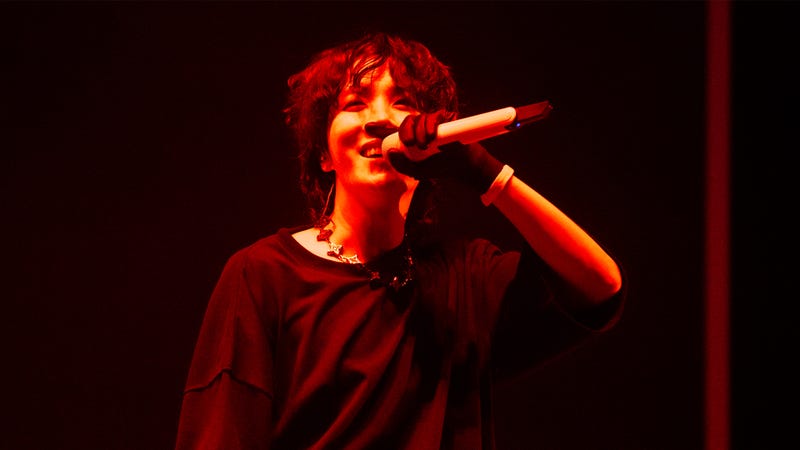 Ahead of his headlining set at Lollapalooza last month, j-hope stopped by the Audacy tent to chat with Julia all about the exciting and monumental gig.

“It’s great to be here, I will pour my everything into the performance tomorrow,” j-hope excitedly said. Revealing that it was “very meaningful” to be the "first South Korean to headline a festival.”

He continued, “its very meaningful to show everyone my music and vibe here. For all reasons, this is a great moment for me.”

j-hope also divulged what song he most looked forward to hearing the crowd chanting from his solo studio album Jack in the Box. As well as what it feels like to finally have the album out in the world.

“This album is what I wanted, and I conveyed my honest story in the album itself. So, the album release itself is very meaningful. Whatever the results, it’s meaningful to me that I made my music at this point.”

The K-pop artists also went on to explain the inspiration behind the albums artwork and visuals, crediting his love of KAWS as the main catalyst to the eventual collaboration.

j-hope also revealed his favorite song off the album, well at least currently. “Lately I would pick 'What if…' because it shows my foundation and I sample the song that I like during the creative process.”

So what’s up next for j-hope? After Lolla, j-hope’s main objective is “to focus on the upcoming BTS concert in October.” In addition to “working on new music,” and keeping an “open mind for the possibility of exciting collaborative works.”

Check out the entire interview with j-hope above.