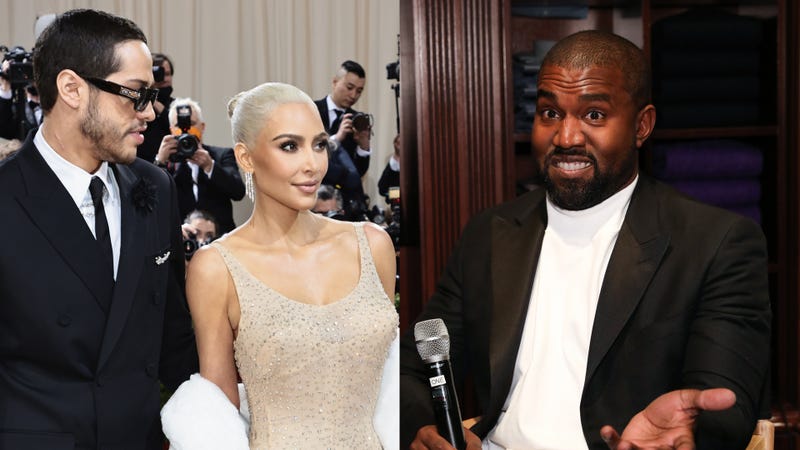 In the least surprising news today, Kanye West had something to say about Kim Kardashian’s split from Pete Davidson. Or at least that’s what we think him sharing a fake headline that reads “Skete Davidson dead at age 28” means.

The rapper, who hasn’t held back his opinion on the matter since Kete became a thing, started with nicknaming his ex-wife’s now former flame “Skete,” not to mention, releasing a music video in which a claymation version of himself buries a claymation version of Davidson alive. Along with his various IG rants about his frustration and disapproval.

Now, after nine months of dating, Kim and Pete have parted ways, which according to many outlets is due to their busy work schedules. That said, it's Kanye we’re talking about, so despite apologizing for popping of on Instagram in the past, Kanye’s gonna do what Kanye does, which if it wasn’t obvious, is whatever he wants.

Which in this particular case was sharing an image of the fake The New York Times cover that takes a morbid dig at Davidson.

Oh and Pete wasn’t the only one Ye felt like taunting. Just below the fake death announcement headline, it also reads, "Kid Cudi meant to play funeral but fearful of bottle throwers," jabbing at Cudi’s recent Rolling Loud performance, that ended shortly after it began due to water bottles being thrown at him.

West let the image do the talking, opting to forgo his usual all caps caption. Check out the post below. 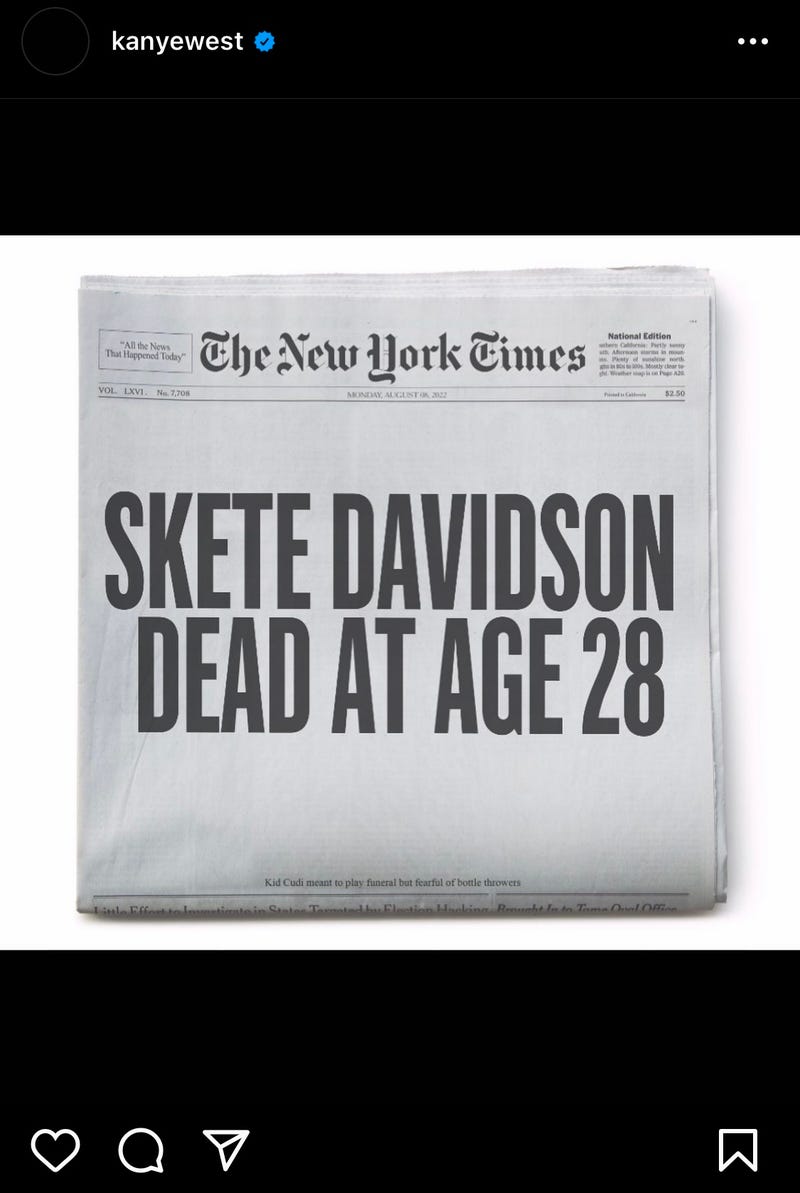