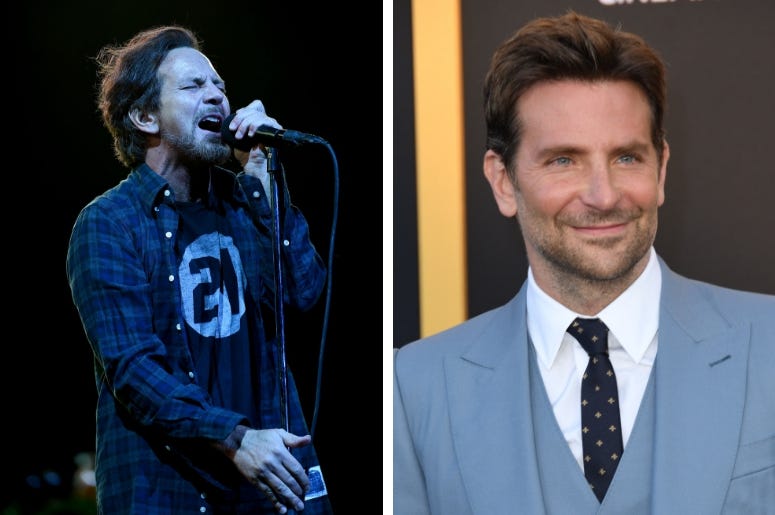 Eddie Vedder has always been a reluctant rock star, but he knows enough about being one to pass on a little knowledge.

Bradley Cooper revealed to Yahoo Entertainment that he had become good friends with the Pearl Jam frontman, and Vedder helped him flesh out his character in the highly-anticipated remake of A Star is Born. Cooper plays a musician in his directorial debut.

Cooper says Vedder initially told him he was crazy for doing the movie, but gave him some insider info that helped make his character more nuanced.

“He gave me minor, little things that only musicians know about what to do, just aesthetically and the inner workings," Cooper told Yahoo.

A Star is Born, which also features Lady Gaga in her first leading role, opens in theaters on October 5th. It’s actually the third remake of a 1937 film of the same name.