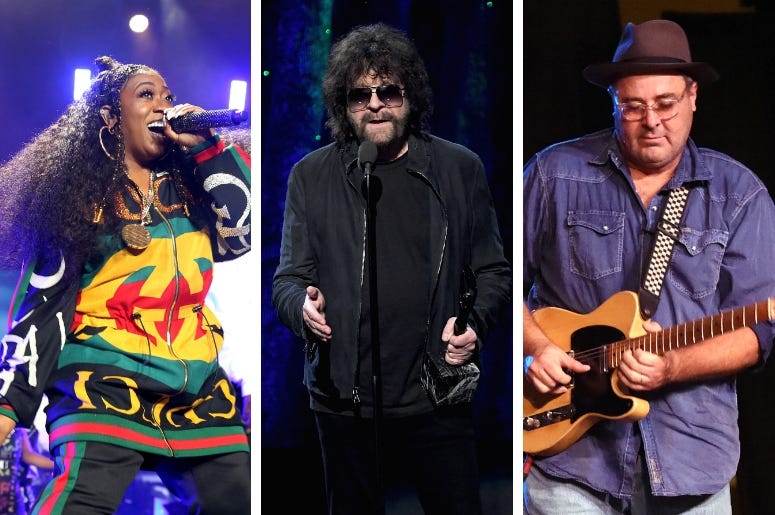 The nominees for the 2019 class of the Songwriters Hall of Fame are out, and it’s quite a diverse list representing a wide variety of genres and styles.

The hall of fame listed the 1979 classic “Don’t Bring Me Down” as one of Lynne’s most notable accomplishments.

Elliott is the first female rapper ever nominated. Key tracks in her catalog include: “Get Ur Freak On,” “Free Yourself,” and “Sock it 2 Me.”

Non-performing nominees include Jack Tempchin, who wrote songs with The Eagles and Glenn Frey, and Dallas Austin, who penned hits for TLC, Madonna, P!nk and Boyz II Men.

Songwriters are eligible for induction after writing hit songs for at least 20 years.

Six songwriters or songwriting groups will be inducted at the annual ceremony on June 13th.